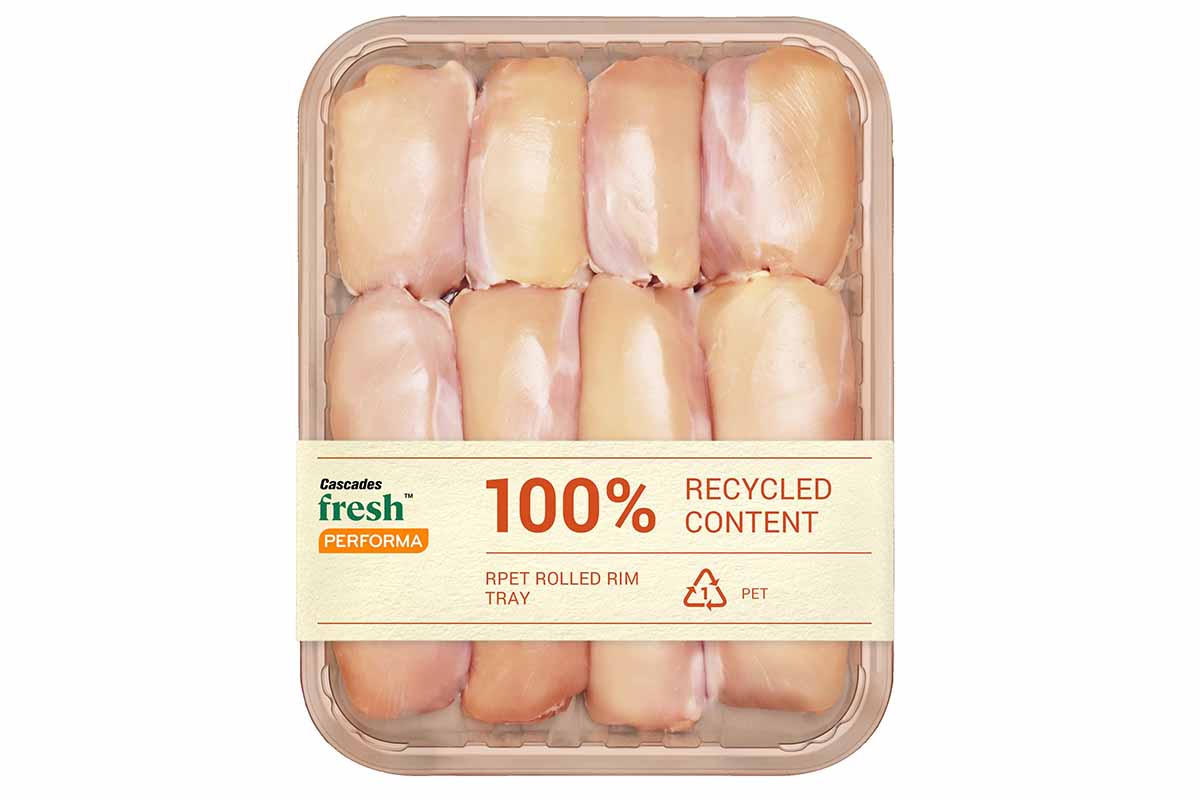 A couple of converters have rolled out notable recycled-plastic packaging innovations: an RPET food tray and a label-less RPET bottle.

Canada-headquartered paper products and packaging giant Cascades is now selling a 100% RPET food tray. According to a press release, the recyclable tray has an innovative design that makes it compatible with packaging equipment already in use by food processors and retailers.

The release notes the company took three years to research and develop the design, which allows for minimal use of plastic but maintains rigidity.

The tray is manufactured in Québec at the Cascades Inopak plant. Years ago, the publicly traded company put millions of dollars into equipping its Quebec facilities to allow it to produce recycled PET and PP packaging. Cascades said it has invested over 30 million Canadian dollars (over $23 million) into developing 100% RPET packaging.

Amcor Rigid Packaging worked with bottle water producer Danone to develop a PET bottle without a label, making it easier to recycle.

According to a press release, the 100% recycled bottle holds the Villavicencio mineral water brand, which is made exclusively for customers in Argentina. The bottle is the product of two years of collaboration between the companies.

“Removing the label, like in the Villavicencio design, provides a greater opportunity to increase yields of recycled PET resin,” the release states.