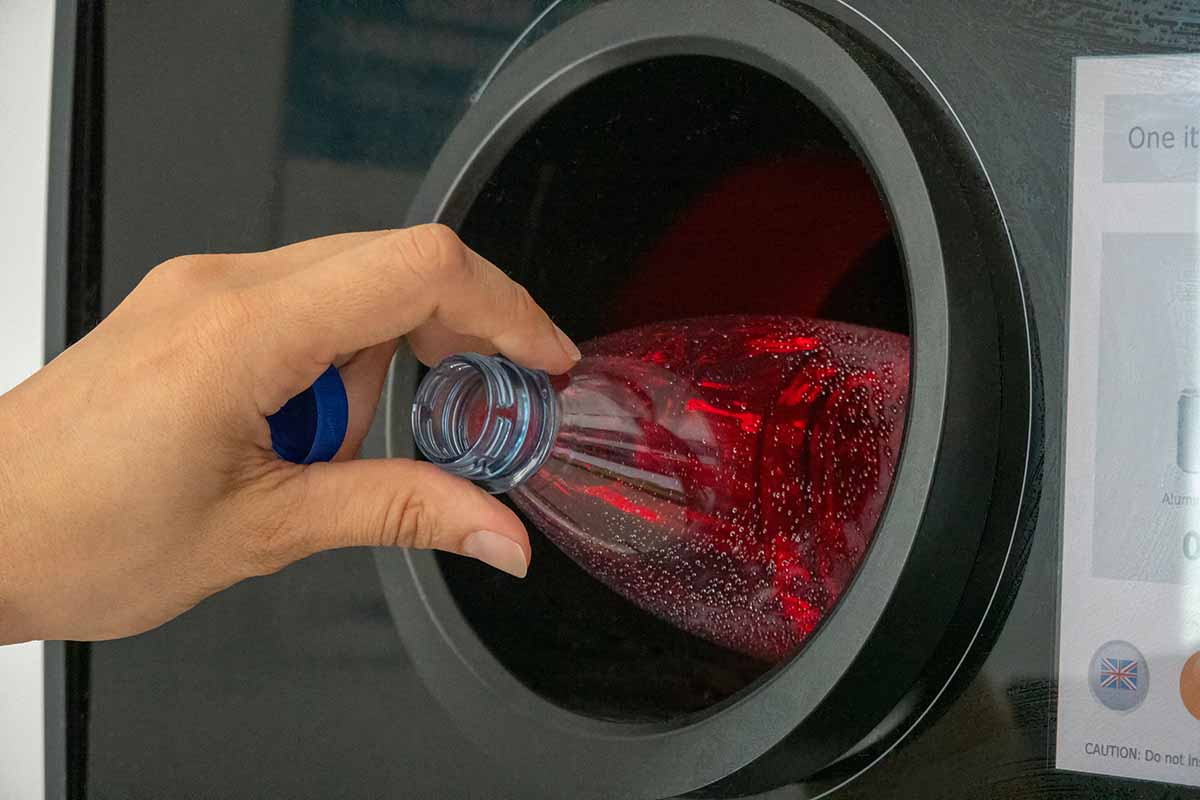 West Coast lawmakers plan to introduce a national container deposit bill that one advocate says has a better chance of passing than past proposals because of wide “industry engagement.”

The draft bill, which was developed in large part by advocacy group Texans for Clean Water, would create a standardized bottle deposit system for the country. It would also require minimum recycled content percentages in certain plastic container types.

U.S. Rep. Alan Lowenthal and U.S. Sen. Jeff Merkley, both Democrats, plan to introduce the legislation by mid-March, though supporters are working to get a bipartisan introduction.

The bill language is still undergoing revision during bipartisan talks and is subject to change, according to Maia Corbitt, president of Texans for Clean Water and former head of the State of Texas Alliance for Recycling.

“This language has a really good coalition of folks working on it – major environmental groups, like Greenpeace and the National Stewardship Action Council, the U.S. Public Interest Research Group – and more industry engagement than ever before,” she said.

While the draft bill language was originally taken from the Break Free from Plastic Pollution Act, it has been changed to be more moderate and “very different,” Corbitt said, due to input from stakeholders nationwide as well as bipartisan collaboration.

“It’s good news,” she said. “The big takeaway is that it’s now becoming probable and not just possible and that’s pretty good.”

If passed, the bill would take effect Feb. 1, 2023, but Corbitt said that’s subject to negotiation, and there are other target dates for different provisions of the bill.

Texans for Clean Water pushed for legislation in Texas last year that aimed to develop a deposit-like system for a range of plastic products in the Lone Star State.

The bill also does not count using containers as fuel, energy production, building materials or landfill cover as “recycling,” nor any form of chemical recycling. Chemical recycling refers to processes that use heat, pressure and/or solvents to break down the molecular chains of plastic, creating chemicals that can be used to produce fuels, waxes or new plastics.

Corbitt said the chemical recycling language is a current sticking point in negotiations, as “there are certainly those who don’t want a blanket moratorium put in a bill before the technology has been borne out.”

Containers collected through deposit systems are typically recycled mechanically, but with the expanded product list comes some items that may be sold in harder-to-recycle pouches or laminates, Corbitt said.

“The recycling preclusions for chemical recycling I think will be something that will continue to be negotiated, along with that product list,” Corbitt said, but she added that this is “closer than we’ve ever been.”

Corbitt said research from a variety of sources has shown that bottle bills work to both substantially reduce litter and increase recycling rates in the jurisdictions in which they are implemented. Strategies to bring more recycled material into the manufacturing pipeline are growing in importance as more brands set recycled-content targets.

“We’re looking at really needing to jump-start that capture and essentially bottle bills are the only things at this point proven to do that,” she said.

To recycle the container, consumers should not be required to remove anything, such as a cap, label or filter, the proposed legislation reads.

For refillable or reusable containers, the bill calls for a study to determine technical and safe minimum post-consumer requirements for glass, metal or other beverage containers, as well as minimum reuse and refill requirements.

Corbitt said refillable containers are one of the larger sticking points that different parties are still negotiating. While environmental groups are pushing for this section to be included, Corbitt acknowledged that developing required infrastructure for refills would “be a heavy lift” for producers.

The upcoming Plastics Recycling Conference outside Washington, D.C. is set to include a two-part “Policy Perspectives” session on Monday, March 7. It will feature a number of leading voices who will break down lawmakers’ recycling focus at the state and national level, and what it all means for plastics processors and others. See complete details on the conference site and register today.

Under the bill, responsible parties would have to provide for the cleanup of beverage containers that become litter and use unredeemed deposits to invest in collection, recycling and reuse infrastructure in the state or region.

The bill calls for the creation of producer responsibility organizations (PROs) to carry out producers’ responsibilities. The organizations would be required to provide outreach and education to consumers on proper end-of-life management of containers, inform consumers of collection locations, and offer recycling instructions in multiple languages.

The PROs would also be required to provide 100% reimbursement to the entity managing the containers, including administrative costs, sorting and reprocessing, and to pay the entity that collects curbside recycling the value of the applicable refund value.

Allowing MRFs to recoup the redemption value of what goes through their facilities is an important part of the bill, Corbitt said.

An annual report is also required from the organizations with data on volumes, recycling rates, final destinations of containers, contamination levels and collection services.

Designing for the environment and labeling

The bill also includes a provision requiring containers to be designed to minimize environmental and health impacts and to have clear, honest labels about the container’s recyclability.

Two years after enactment, the bill would also bring into a play a standardized label for each category of container.

Corbitt said as more individual states eye bottle bills, a federal harmonization of the system is attractive to the industry.

Texans for Clean Water is working closely with Rep. Lowenthal of California and Sen. Merkley of Oregon. Bill backers are in the process of getting Republican support from federal lawmakers in several other states, Corbitt said.

A version of this story appeared in Resource Recycling on February 8.