Report examines how to boost recycling markets in Texas 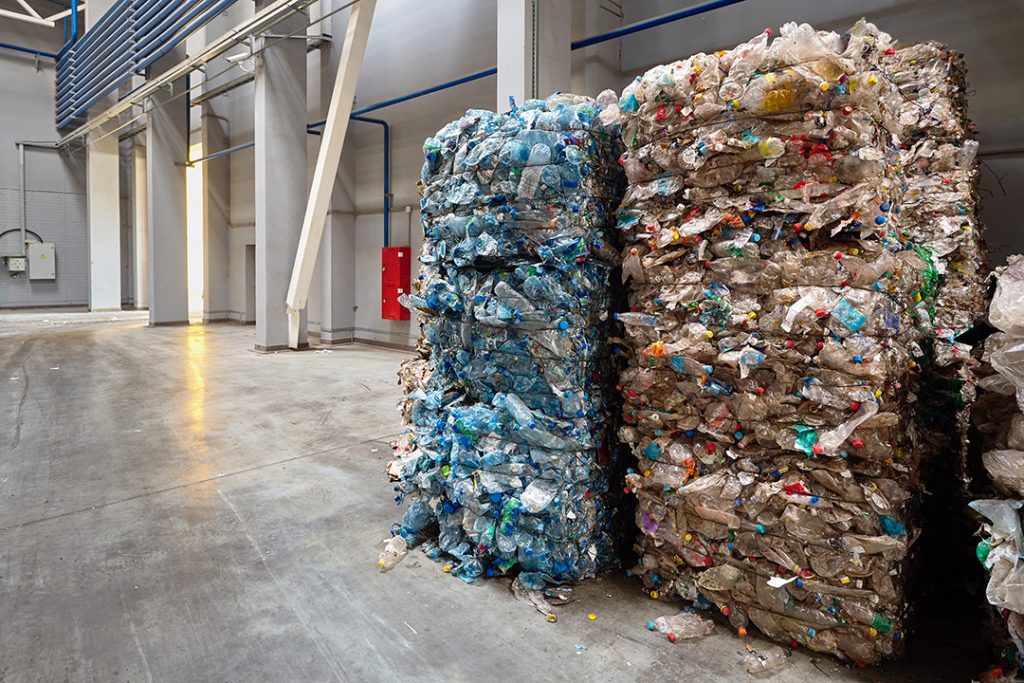 A new report shows the bulk of recyclables collected in Texas are processed at 31 MRFs. | RYosha / Shutterstock

A comprehensive look at the Lone Star State’s recycling system identified several strategies governments can use to bolster recycling market development in their jurisdictions, including recycled-content mandates and public procurement policies.

The Texas Commission on Environmental Quality (TCEQ) recently published the final report covering its “Recycling Market Development Plan.” The report was required by Senate Bill 649, which passed in 2019, and the state commissioned a team to complete the project, led by consulting firm Burns & McDonnell.

The study’s purpose was to “develop a plan to stimulate the use of recycled material feedstocks in processing and manufacturing,” according to the final report.

The report took into account common curbside recyclables, batteries and electronics, compost and other material streams. The survey received responses from numerous processors and facilities engaged in different types of end uses.

It includes an overview of diversion activities in 2019, when the state diverted more than 12.9 million tons across all MSW material categories. Those tonnages are compared with previous data from 2015, when the state diverted 9.2 million tons of material. The report attributes the growth to “significant expansion of yard trimmings, brush, and green waste composting.”

The bulk of recyclables collected in Texas are processed at 31 MRFs, according to the report.

Despite the overall material collection increase, the 2019 plastics collection volume came in lower than the 2015 figure. In 2015, the report tallied 169,000 tons of plastic collected for recycling. By 2019, that number dropped to 108,000 – and that’s despite the 2019 study taking more data sources into account.

The survey focused on material collected through MRFs, but also incorporated data from six plastic film reclamation facilities in Texas.

“Plastics recycling has declined steadily since the [previous study], because of continued challenges such as declining of end market demand for low grade plastics and restrictions on exports of plastic scrap,” the report noted.

In particular, the study indicated “decreased recovery of low grade plastics, with multiple processors indicating that #3-7 mixed plastics were particularly challenging and, at times, were disposed due to soft demand. Another factor for decreasing plastic recycling may be due to manufacturers utilizing less material in their products. Light-weighted PET and HDPE packaging can result in lower recycling tonnages despite an increasing number of containers being recycled.”

One key component of the study was an analysis of how the state can boost its recycling markets. Although the study examined how to boost recycling across all materials, mixed plastics and film were among the “highest identified priorities” examined in the report. The study found a handful of strategies state and local governments could enact to support the market development goals.

“Recycling market development is a demand-pull activity – taking actions that stimulate materials demand and that increase the volume of actual market transactions,” the report states. “Market development does not focus on a supply-push approach in that the aim is not to simply add more and more materials to the market with the hopes that someone will buy it.”

Such demand-boosting strategies include supporting businesses that use recycled materials, encouraging manufacturers to use or increase use of recycled content, and promoting consumer purchasing of products made from recycled materials.

These broad strategies can be carried out through a handful of mechanisms. Governments can share information and technical assistance for market players to help connect recycling businesses. They can also enact preferential procurement programs that prioritize recycled-content products.

Governments can provide financial assistance, incentives or disincentives for certain activities to encourage recycled content use.

Finally, they can establish policies requiring recycled material use or banning certain items from disposal, as well as extended producer responsibility (EPR) systems, which make manufacturers responsible for funding recycling of their products.

The report noted that multiple tools may be relevant to tackling the same need, and that governments should weigh the tools to determine which is most effective and provides the most return on investment.

“For example, providing information and facilitation are flexible, low-cost, high-return tools when successfully implemented,” the report stated. “Providing funding and implementing policy should be considered when other options are not possible or are unlikely to yield adequate results. Where feasible, the state should seek to leverage existing resources before creating new ones.”

The report follows a related study on the economic impact of recycling in Texas. That study, also mandated by legislation, was released in late 2017.

A version of this story appeared in Resource Recycling on October 5.