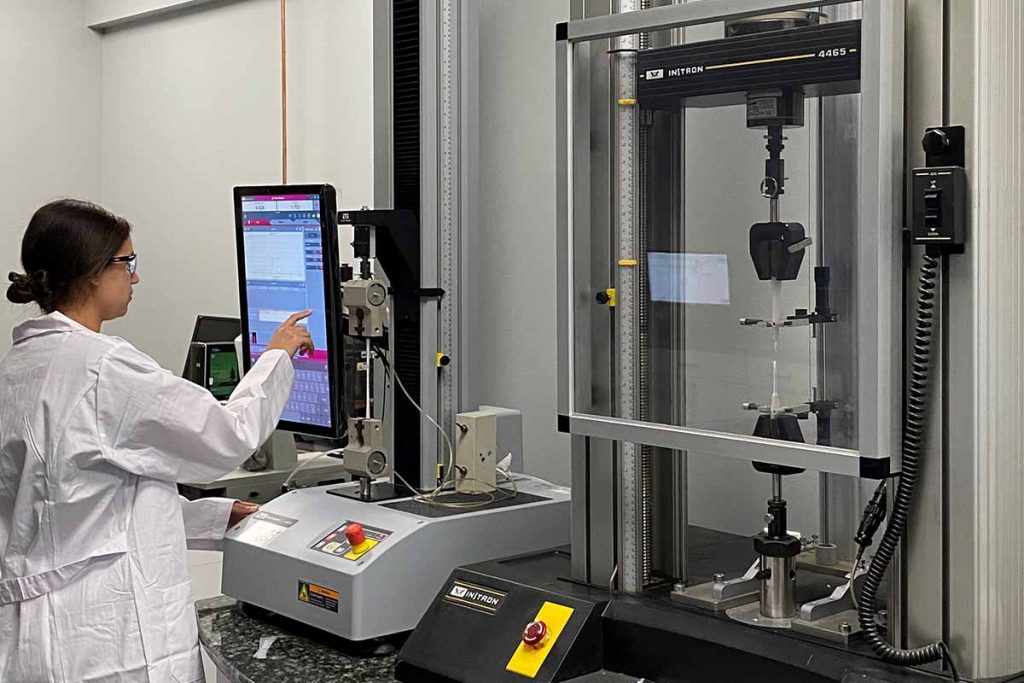 Plastics Forming Enterprises may have only moved about seven miles away, but the larger new space enables significant growth in service capabilities and capacity, company leaders said in an interview.

“It was the proverbial 10 pounds into a five-pound bag,” said Lou Tacito, founder and CEO of Plastics Forming Enterprises (PFE), of the former location.

“Yeah, and we could feel it,” added Kristi Hansen, PFE’s president and Tacito’s daughter.

A provider of plastics recycling testing, validation and design-for-recycling consulting services, PFE recently moved from a 5,000-square-foot facility in Amherst, N.H. to a 13,000-square-foot space in Merrimack, N.H. The move will allow the company to expand its offerings and bring in-house a number of services it used to contract out.

Founded in 1984, the company’s roots lie in helping companies design, build and develop PET recycling facilities, work that necessitated having a pilot laboratory to validate processes. PFE still provides those consulting services, but it has since expanded its plastic packaging testing and validation services, and it now works with both rigid and flexible polyolefins, as well.

According to a press release, PFE has tripled its number of employees over the past three years. Tacito said the staff currently numbers 14, and Hansen noted there are plans to add additional critical positions.

PFE has contracted with a handful of outside labs to supplement work that PFE hasn’t performed internally, but “as we’ve done more and more business, it becomes more economically feasible for us to bring that work internal,” Tacito said.

PFE’s new testing and processing capabilities can accommodate PET bottles and thermoforms, and both rigid and flexible PP and PE-based packaging, the release states.

The larger building has enabled PFE to perform additional plastic sortability testing, replicating processes that occur at materials recovery facilities (MRFs). The testing essentially determines whether a plastic package is likely to be properly sorted by the screens and optical sorters into the correct plastic bale. Considerable effort has gone into those sorting potential protocols, said Hansen, who has worked for PFE for 12 years and now leads the company.

The facility is also now fully equipped for film and polyolefins testing, Hansen said, noting that demand for both has “definitely intensified.” In particular, PFE has seen a number of film innovations. And testing of labels (and their ink systems, substrates, adhesives) continues to be a hot topic.

PFE is equipped to test under both ASTM and ISO requirements, which are referenced by different global recycling standards. The release notes that PFE is a technical supporting partner that helps clients meet protocols and certification requirements from APR, RecyClass and the European PET Bottle Platform.

“There’s slight differences globally that we’ve had to accommodate, as we’re globally recognized by many associations for testing services,” Hansen said.

Tacito noted PFE is also “out there on the front edge” of testing of non-intentionally added substances (NIAS), a field that’s going to become more challenging for the industry.

Hansen said that because PFE is evaluating plastics at a small scale, and it isn’t installing large equipment lines, the company has the ability to pivot and change technologies on the fly.

The relocation to Merrimack represents a return to where Tacito first started his work. Tacito, who is semi-retired, was first tasked four decades ago with developing a PET recycling process for beverage bottles returned through the state newly implemented deposit program. That work, which took place while he worked in Merrimack, laid the groundwork for services PFE would eventually offer.

In the interview, Tacito said the move to Merrimack and capability expansions represent a “significant investment” that sets up PFE for future growth.

“Our financials are strong and we’re positioned to grow,” Tacito said, “so as we look down the road over the next couple of years, we’re waiting to see which direction this takes, and then we don’t need to worry about moving because we have space, we have money and we have people.”