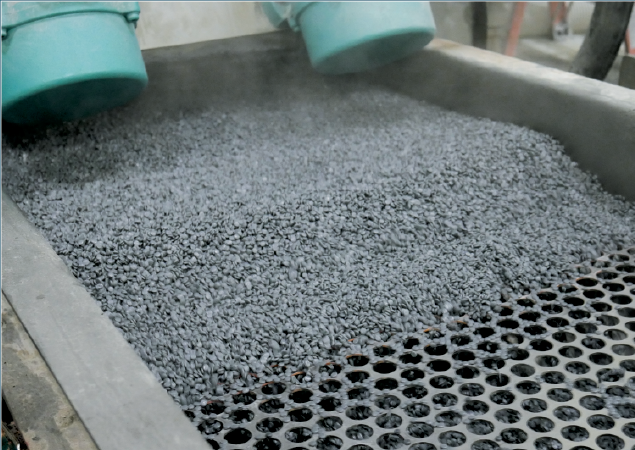 North American reclaimer EFS-plastics has acquired a plastic products manufacturer, a move the companies say will increase their recycling and production capacity.

EFS, which brings in mixed-plastic bales at its facilities in Listowel, Ontario and Hazleton, Pa., on Oct. 4 announced it has acquired Exi-Plast Custom Moulding. Exi-Plast, located near EFS in Huron Park, Ontario, focuses on custom blow-molding services, the companies said in announcing the deal.

“By purchasing Exi-Plast, EFS can directly manufacture finished products with high levels of post-consumer recycled plastic for its customers,” the announcement stated. “Given the commitments made by brands and the Canadian federal government to increase their use of post-consumer recycled plastic, this enhanced vertical integration will allow EFS to recycle higher volumes of plastic collected from Canadian households.”

EFS is one of a handful of North American businesses processing low-grade plastic bales, which until recent years have been primarily exported. The company has expanded its processing capacity in recent years, coinciding with the upheaval within the mixed-plastic market due to import restrictions in China and elsewhere.

EFS handles 3-7 mixed plastics, film collected through store take-back programs and film separated by materials recovery facilities (MRFs). The company sources from across North America. For the mixed bales it brings in, EFS focuses on extracting PE and PP for further processing. The company ultimately produces pellets that go into a number of end uses.

Martin Vogt, CEO of EFS, told Plastics Recycling Update the company was interested in entering the end-use sector for a few key reasons.

“A lot of our suppliers are concerned about where their municipally collected plastic is going; we’re excited to be able to provide them with some examples of how we use the material ourselves,” Vogt said in a statement. “We will be able to demonstrate high levels of PCR in these products, which we think will be valuable to brands looking to meet their recycled content targets. Through our work with Exi-Plast we look forward to learning first hand how push the boundaries of what is possible with PCR.”

He emphasized that Exi-Plast is located nearby the Listowel, Ontario EFS facility, reducing the carbon footprint of the recycling process.

Exi-Plast has sourced pellets from EFS since 2016, the companies said in the announcement. Exi-Plast President Jeffrey Lang said the manufacturing operation will look to increase its production capacity and upgrade its equipment over the next several months, made possible by the backing from EFS.

In August, EFS and Exi-Plast released details on a collaboration through which Exi-Plast manufactured traffic cones from 100% recycled plastic sourced from EFS.

The companies will continue to operate under their existing organizational structures, according to the release.