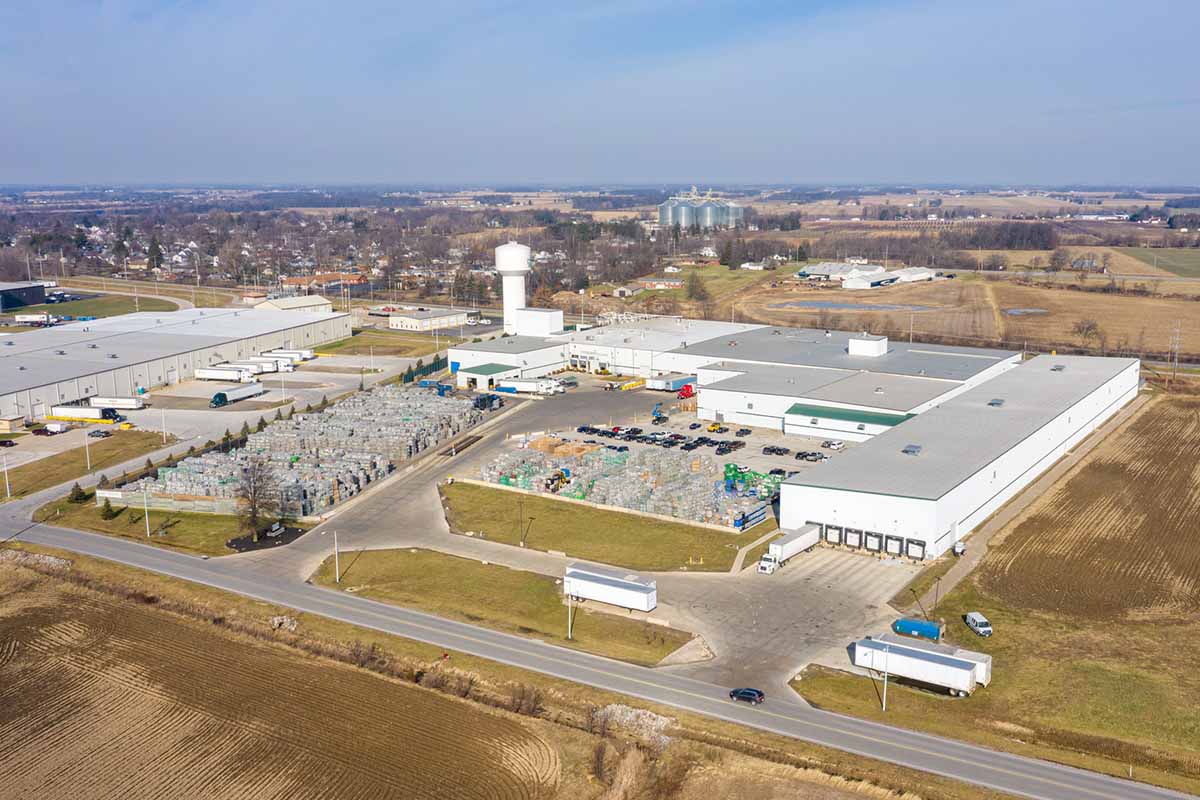 The Evergreen facility in Ohio will expand and increase production of food-grade RPET. | Courtesy of Evergreen

Evergreen has launched a project to double its food-grade RPET capacity to 80 million pounds per year. A company leader noted the initiative harnesses “the latest and greatest technology.”

The Clyde, Ohio reclaimer will install new extrusion line equipment, upgrade existing optical sorters and expand its building size as part of the project, which was officially announced in line with Earth Day today. Clyde is located in north-central Ohio, about 75 miles west of Cleveland.

Evergreen Plastics is part of Polychem Corporation, a manufacturer of load securement packaging products, including recycled PET strapping. As part of the Earth Day celebration, which includes speeches, food and music at company locations, Polychem announced that it’s changing its name to Greenbridge and Evergreen Plastics is being renamed Evergreen.

The $22 million project includes a number of improvements, Johnson explained. The 238,000-square-foot building will be expanded by 54,000 square feet, providing additional space for pelletizing. Crews will break ground on the construction in early May.

Johnson explained that the company isn’t adding capacity to the front-end sorting and wash systems, which have exceeded the pelletizing capacity. As a result, Evergreen won’t need to source additional bales of PET scrap to feed into the system, he said.