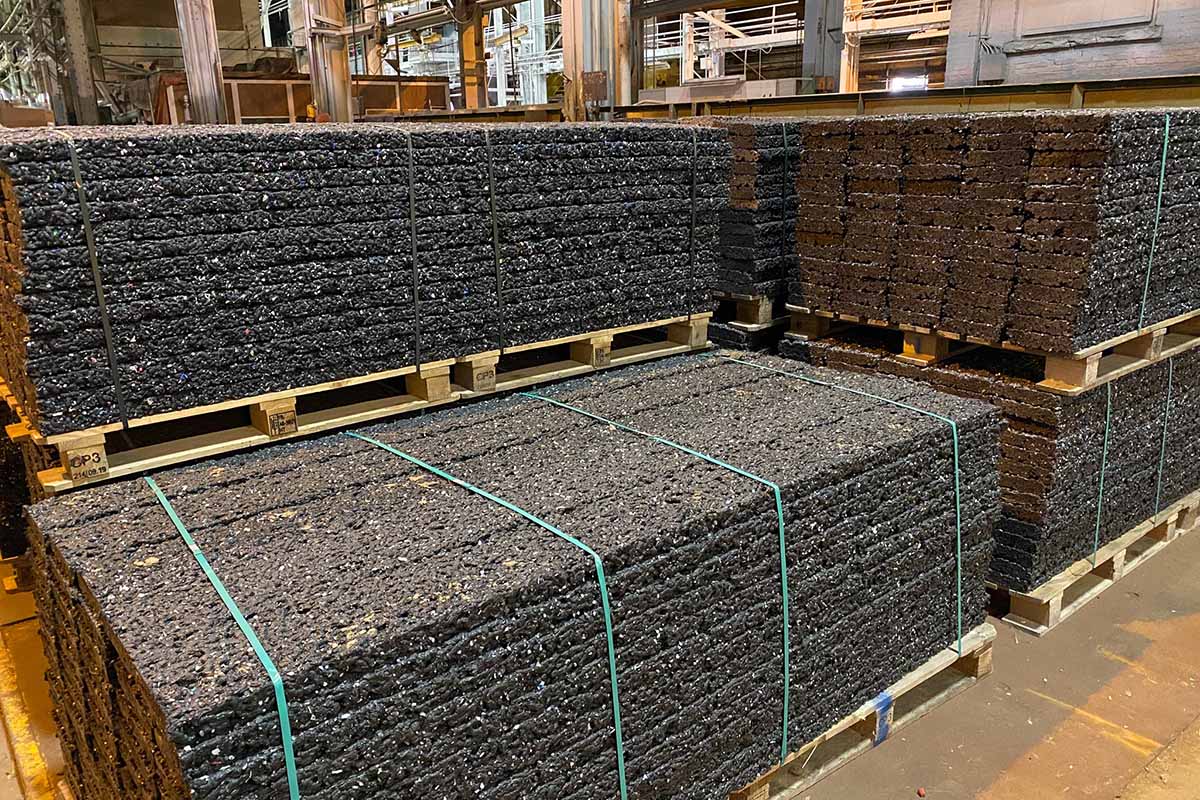 With the new facility, HydroBlox has increased its recycled plastic consumption to 1 million pounds per week. | Courtesy of HydroBlox

Headquartered in the Pittsburgh area, HydroBlox in March announced the opening of its new processing facility, located in Meadville, Pa., about 90 miles north of Pittsburgh. The company has moved its processing activities into the space, which totals about 126,000 square feet and is roughly 10 times larger than the company’s previous space, company president Ed Grieser told Plastics Recycling Update.

HydroBlox makes products that aid in stormwater drainage and are made from 100% recycled plastic. These include “boards” known as HydroPlanks, which are designed to increase drainage capacity and are typically used in infrastructure projects.

The company got its start over 10 years ago and started up operations at its first processing facility about seven years ago, Grieser said.

HydroBlox’s former facility will act as a research center to test new processes and products.

The company uses very little post-consumer plastic, but its process does allow for that material to be consumed as a feedstock, with the addition of a wash line.

“It’s not that we can’t. It’s just that there is so much post-industrial scrap,” Grieser explained.

The company does not bring in PVC, out of an abundance of caution due to the high chlorine content. The company also doesn’t handle any PET; Grieser noted that higher-grade materials such as PET are better served going through the standard reclamation process.

“Anything that has any value, we encourage them to take that route,” he said.

HydroBlox’s products are used in aggregate under roads, railroads, airport runways, and any other construction application that requires drainage infrastructure. The products have also been used in hydroponic applications, and even in farming to improve the soil.

“When you bury this in the ground, it works just like a French drain,” Grieser said.

Now, HydroBlox is looking at expansion with an additional processing facility elsewhere in the country. South Florida has risen to the top of the list, both due to product demand and feedstock supply.

“Florida is probably our biggest market for our product,” Grieser said. “There’s certainly an unending supply of plastic down there.”

He added that HydroBlox is also interested in bringing in scrap plastic from the Caribbean to process at a future Florida facility.