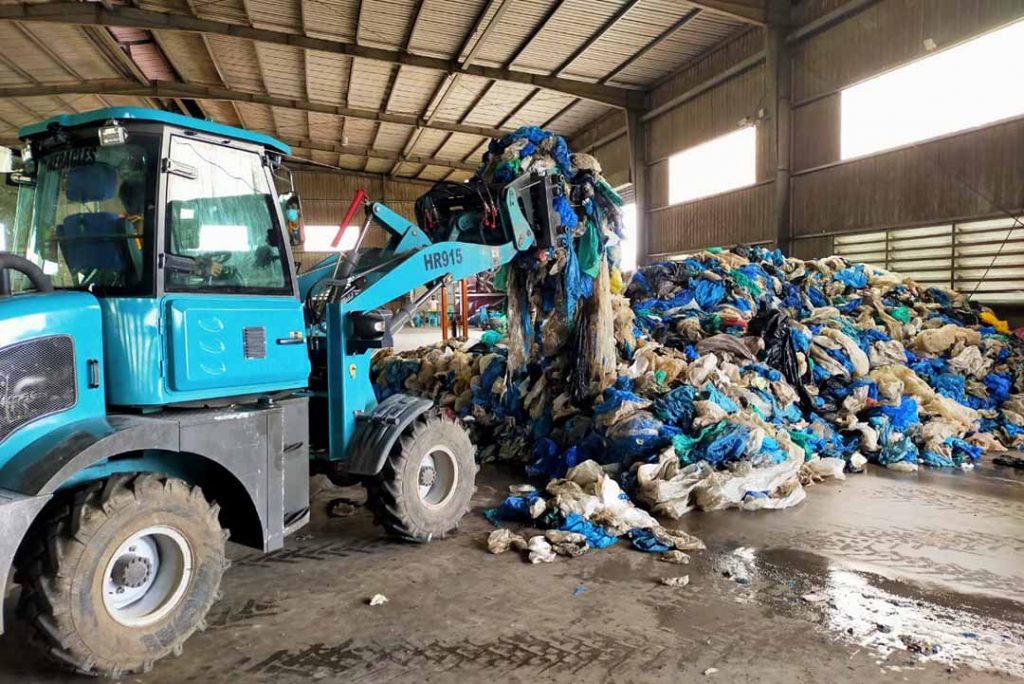 A film recycling company in Myanmar is among the first to take part in a global plastic credit system, which could direct financing from corporations to help the recycling firm expand its capacity.

The 3R Initiative (3RI) has been developing the Plastic Waste Reduction Standard, a system through which recycling operations generate “credits” and plastics producers purchase those credits to “offset” their materials use. The program is currently on track for an early 2021 launch, and several plastics recycling operations have been selected to participate in the pilot launch.

One of those companies is Myanmar Recycles, a post-consumer plastics recycling operation located in Yangon, Myanmar. The company kicked off in 2017 to focus on recovering post-consumer film. It launched operations in early 2018 and currently has installed the capacity to process 4.8 million pounds per year.

In an interview with Plastics Recycling Update, Mimi Wu, co-founder and CEO of Myanmar Recycles, described the company’s interest and hopes for the plastic credit program.

“Not many people know about what we’re doing, and so it was a way for us to connect with outside investors,” Wu said.

Funding where it counts

Myanmar Recycles has manual sorters remove plastic film from the largest landfill in Myanmar, located in the largest city of Yangon.

The washing process is critical to producing PCR that is of high enough quality to be sold to buyers, Wu said. Myanmar Recycles has customized a wash line with more than a dozen different washing steps along the way.

The company sells the output resin to domestic and export buyers, and it is frequently used in manufacturing thick sheeting, composite lumber products and more.

Through 3RI, the plastics recycling firm will generate credits based on the weight of plastic it collects and processes. Those credits will then be available for purchase on the 3RI. A producer or brand that uses film packaging can buy those credits through a virtual marketplace to “offset” their plastic use.

Some of the major companies involved in 3RI include Nestlé, Danone and Tetra Pak.

Money from that credit purchase is available for companies such as Myanmar Recycles to finance projects.

Myanmar doesn’t have a tax or extended producer responsibility (EPR) system for plastic packaging, so there are few funding sources for recycling projects, Wu explained. Without such funding mechanisms, it’s difficult to build up the country’s recycling infrastructure.

“Being part of this system really allows us to be able to tap into those global funds,” Wu said.

For Myanmar Recycles, company leaders are hopeful that the credit system can help finance significant expansions to the company’s film recycling capacity.

The credit financing system could also help ease one key challenge for Myanmar Recycles in terms of raw material cost. The company trains pickers on which types of film it is looking for, primarily LDPE film. Most of the target material comes in the form of garbage and shopping bags.

Pickers collect the film, which is then weighed by managers at the landfill. Pickers are paid daily based on the weight collected, Wu explained. From there, the film is transported to Myanmar Recycles’ facility, where it is further sorted, washed, dried and pelletized.

“Meanwhile, our sales price is tied to the PCR commodity price, which has seen a significant reduction this year,” she said. By shifting some of the cost away from the recycling company, the credit system “increases our margins enough to justify investment in more collection/recycling infrastructure and remain financially sustainable,” Wu said.

Beyond capacity expansion, the company is also hoping to expand collection beyond landfill recovery to establish aggregation centers around the country, Wu said. These would capture material that doesn’t make it to the landfill and would otherwise end up as litter.