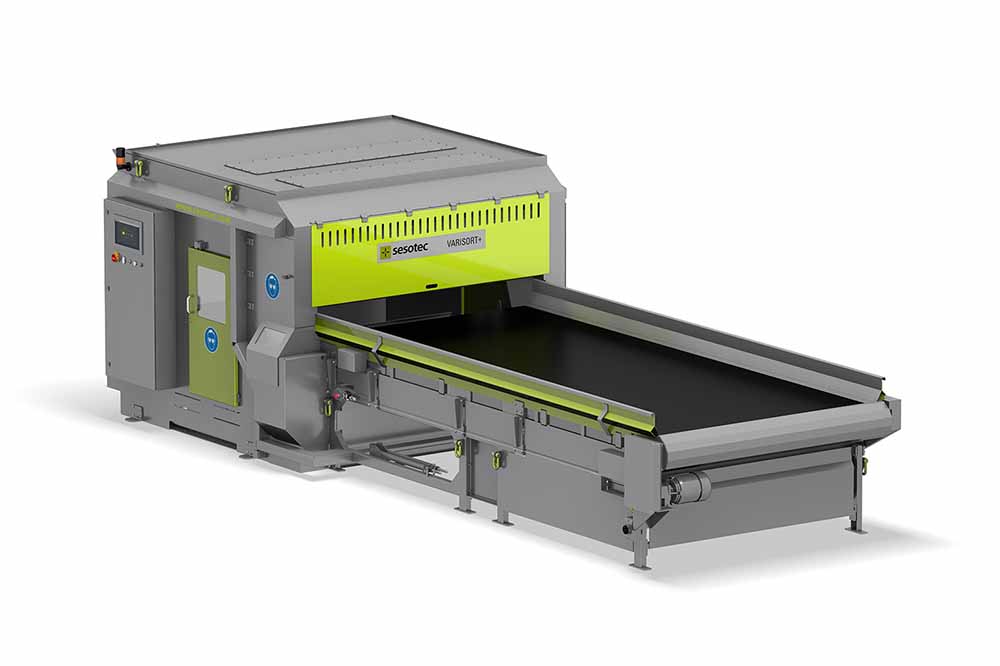 Sesotec in July unveiled the VARISORT+ sorting system, which the company developed to target plastic bottles and trays.

Sesotec in July unveiled the VARISORT+ sorting system, which the company developed to target plastic bottles and trays. The system prioritizes reliability as well as ease of cleaning and maintenance. But it’s marked particularly by its speed.

“The efficiency of this new sorting machine is what sets it apart,” Sesotec stated in a release. “Even when working at an incredibly high material throughput of up to eight tons per hour, VARISORT+ detects and separates plastic types, colors and shapes, as well as metals and foreign objects, with the utmost accuracy and reliability.”

The system achieves a rejection accuracy of up to 99%, Sesotec stated, and these results are replicated even with poor-quality input materials.

The VARISORT+ allows for customization. Operators can combine up to three sensors, including those using near-infrared technology, those targeting materials by color and form, and those separating out metals.

The system can also be equipped with technology providing “optimal color recognition,” Sesotec stated. This sorting technology can detect bottles made with additives, the company added.

The sorter can be installed on a variety of conveyor belt widths, from just over 1 meter up to 2.8 meters.

Michael Perl, group director for sorting recycling at Sesotec, said the new sorting system is a tool in transitioning to a circular economy and treating plastic waste as a resource.

“This means we need more and higher quality recycling,” he said in the release.