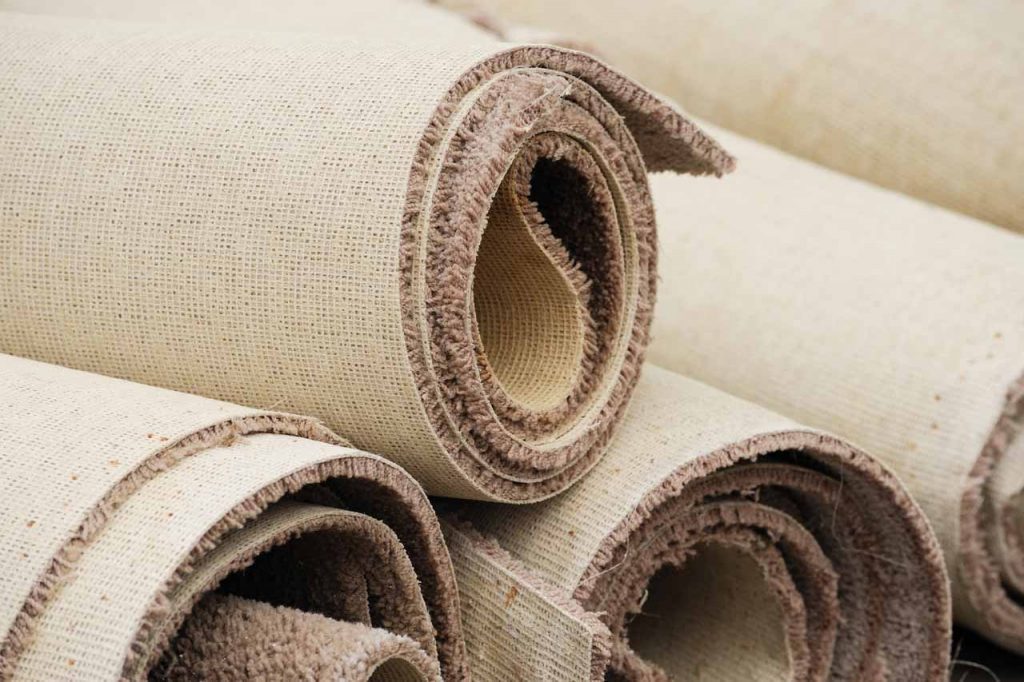 The carpet recycling industry is already facing pressures from low plastics prices, a shift in polymers used in carpet and collection challenges from the coronavirus. | ND700/Shutterstock

Carpet manufacturers are halting their nationwide voluntary subsidy program for carpet recycling, which could push some struggling processors out of business.

The Carpet and Rug Institute (CRI) announced last week it will end the Carpet America Recovery Effort (CARE) Voluntary Product Stewardship program at the end of June. Through the program, the industry pays about $4 million a year in subsidies to companies that collect and ship post-consumer carpet to end markets.

One of the largest subsidy recipients, if not the largest, is DC Foam Recycle, a post-consumer carpet collection company owned by Wellman Advanced Materials. DC Foam Recycle’s 12 facilities supply carpet – mostly nylon 6,6 with a smaller amount of nylon 6 – to Wellman, which recycles the plastic into pellets for use in automotive and other applications.

“We’re anticipating a pretty big loss,” said Louis Renbaum, president of DC Foam Recycle. “If we were not part of Wellman, we’d be out of business, for sure.”

Smaller collectors that are far away from the southeastern U.S., which is where recovered carpet end users are clustered, may not survive, he said in an interview.

The carpet recycling industry has already been under significant market pressure, both from low virgin plastic prices and from carpet manufacturers gradually replacing nylons in carpet face fiber with lower-cost PET. More recently, they’ve been dealing with a collapse in carpet collections caused by the coronavirus.

Nationally, the Voluntary Product Stewardship (VPS) program supports the recycling of tens of millions of pounds of carpet each year. During the third quarter of 2019, the most recent period for which data is available, the program paid over $500,000 to nearly three dozen companies to subsidize the diversion of 30 million pounds of carpet. Over three-quarters of that material went to reuse and recycling markets, and the remainder went into energy recovery. The carpet stream includes nylon 6, nylon 6,6, PET, PP and other materials.

The VPS program subsidizes carpet recycling companies outside of California, which has the nation’s only mandatory extended producer responsibility (EPR) program for carpet. The program is funded by fees consumers pay when they buy new carpet.

CARE, manager of the California carpet recycling plan, recently announced it would boost subsidies to California processors, because they are struggling with difficult plastics markets and collection challenges caused by the coronavirus.

In his statement announcing the end of the VPS program, CRI President Joe Yarbrough cited the significant economic impacts brought on by COVID-19 as driving the decision. He described it as “a necessary and prudent step we must take in the short-term.”

VPS, which originally launched in 2014 as a one-year incentive program, was extended a number of times. In all, it paid out $15.5 million to recyclers over 4.5 years.

“CRI and its members greatly value the critical role that sorters and recyclers play in making carpet recycling possible and appreciate the challenges these business owners are also facing during these unprecedented times,” Yarbrough stated. “Earlier this month, VPS paid a one-time bonus to program participants based upon their average monthly payout over the past 12 months as we all prepared for the unknown impacts of COVID-19.”

A blow for recycling companies

“Carpet and Rug Institute should be ashamed for announcing the end of the product stewardship program nationally on the 50th Anniversary of #EarthDay,” the National Stewardship Action Council wrote in a Facebook post.

The carpet industry has used the VPS program as a strategy to head-off passage of mandatory EPR in other states. Carpet processors participating in the VPS program – or any that received payments from program in the past 18 months – are prohibited from supporting EPR-type laws or regulations.

In a Floor Daily article, Rachel Palopoli, co-owner of carpet collection company Planet Recycling, said she predicted collectors outside of California will go out of business.

Renbaum of DC Foam Recycle said loss of subsidies will particularly hurt collectors farther from end users in Georgia and South Carolina. Those in the Midwest, for example, pay roughly double what collectors in the southeast pay to ship carpet to those end users.

Handling about 20-25 million pounds of carpet annually, DC Foam Recycle alone receives roughly one-quarter of the VPS subsidies, Renbaum estimated. The recycling subsidy is 2 cents per pound for nylon and PP carpet. For a full 40,000 pound load of carpet, CARE’s subsidy paid about $800, which is a significant help in a low-margin business, Renbaum said.

Wellman already pays DC Foam Recycle as much as it can for feedstock, but Wellman is under cost pressures, Renbaum said. Post-industrial plastic is extremely cheap, and in many cases, Wellman buys post-consumer carpet from DC Foam Recycle at a loss, he said.

If Wellman can’t make up the difference, then DC Foam Recycle will have to absorb the loss of the VPS subsidy. He suggested his company may have to re-evaluate renewing its lease for its Chicago facility.

Renbaum said the timing of the subsidy loss is particularly bad. His company was already losing money during the first three months of the year, he said, and now it continues to deal with the fallout from the coronavirus. In the fall and winter months, it will experience seasonally slow carpet collections.

“It just adds insult to injury when you look at the fact that it’s coming at an extremely horrible time,” Renbaum said. “That’s not to say the mills aren’t having a hard time now, too. But it’s their product we’re dealing with.”