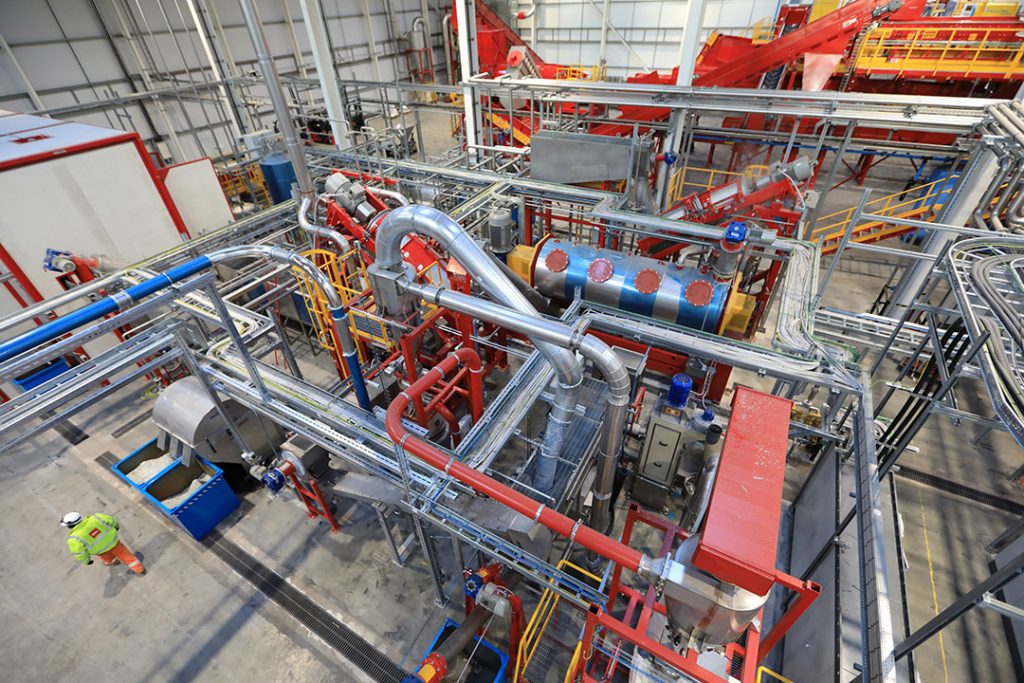 A plant capable of recycling nearly 126 million pounds of PET bottles per year is coming on-line today from Biffa in the United Kingdom.

U.K. waste management company Biffa announced the formal opening of its 27.5 million pound sterling (about $35.7 million) facility in Seaham, County Durham, in northern England. Biffa called the facility, capable of recycling 57,000 metric tons of PET annually, “among the most modern and technically advanced of its kind in the world.”

To start, the plant will produce flakes. Getting to that point has required a roughly $19.5 million investment. According to a press release, over the next 12 months, another $16.2 million will be spent expanding the facility’s capabilities to include compounding and pelletizing.

“This facility will help the UK address two of its most pressing issues – plastic waste and the climate emergency,” Michael Topham, Biffa’s chief executive, stated in the press release. “Whilst we must work towards reducing overall plastic consumption as a society, the fact remains that plastic has a vital role as a lightweight, durable, low energy-intensity material, that if recycled properly can have a sustainable role in modern life. Facilities like ours at Seaham will help ensure that we can recycle our own plastic waste here in the UK, creating jobs in the green economy and stimulating the development of more sustainable packaging.”

According to the release, the facility will sell RPET into a variety of markets, including food and drink packaging and clothing. It is expected to generate about $52 million in revenue a year.

In terms of plastics recycling, Biffa already runs an HDPE recycling facility in Redcar, North Yorkshire. That plant produces food-grade recycled HDPE for use in milk bottles and other products.

“We have a significant opportunity to grow our Biffa Polymers business, with strong demand for the closed loop food grade recycled plastic we produce,” according to a half-year financial report released in November. An accompanying presentation noted that demand for offtake at the Seaham plant was already exceeding capacity there.

Biffa also announced it will build a new plastics processing facility in Washington, a town in northern England not far from Seaham. That $9 million facility will recycle up to 44 million pounds of plastic pots and trays per year. It will be built over the next year.