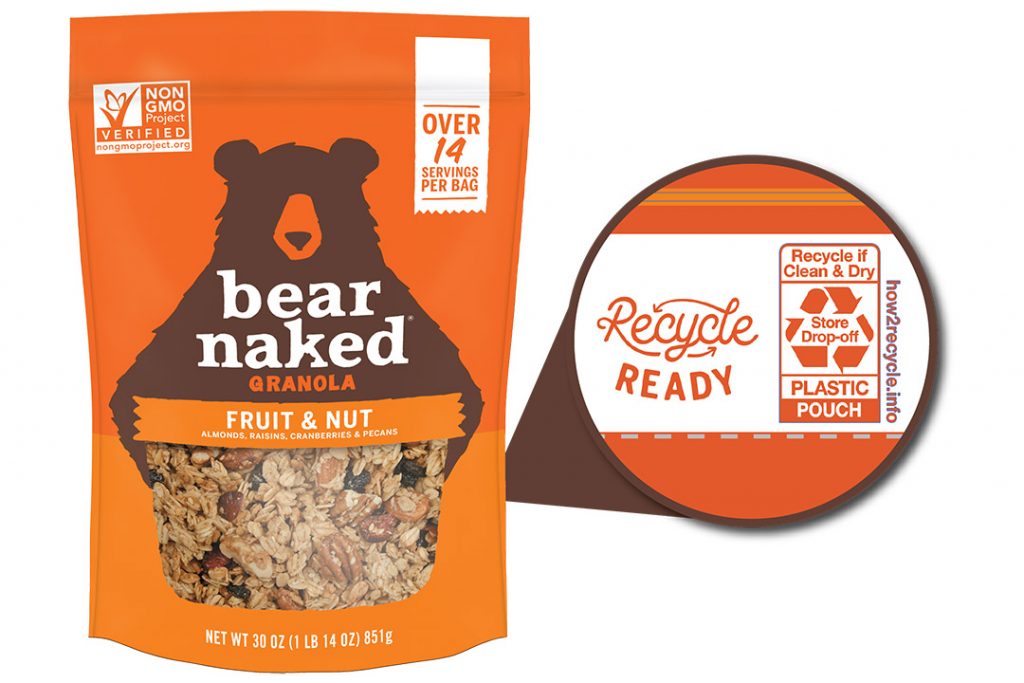 The resealable stand-up pouch pictured here can be recycled alongside 100% polyethylene films at stores. | Courtesy of The Kellogg Company.

A Kellogg’s brand has begun using a pouch with an additive that compatibalizes its EVOH barrier layer and PE film during recycling.

Bear Naked granola began using the resealable stand-up barrier pouch after 18 months of research and design, according to Kellogg’s spokesman Scott Markley. The pouch’s film technology is provided by Dow.

Dow’s Retain brand compatibilizer, which is embedded in the package, disperses the EVOH through the polyethylene during recycling. That allows the package to be recycled alongside 100% polyethylene films at stores.

“We had to do a lot of development work between Dow and our converters to successfully make bags on the line,” Moore said. “We had to work end to end to do this, which is not typically seen in a normal supplier/customer relationship. We had involvement from Dow, the equipment manufacturer, the manufacturing facility, the zipper suppliers, the film suppliers. Pretty much everyone you could think of. This collaborative effort was really what made this successful. The suppliers and Dow became more educated about our needs and expectations and Kellogg was able to learn about the Retain technology and how it could be enhanced to deliver on Bear Naked’s needs.”