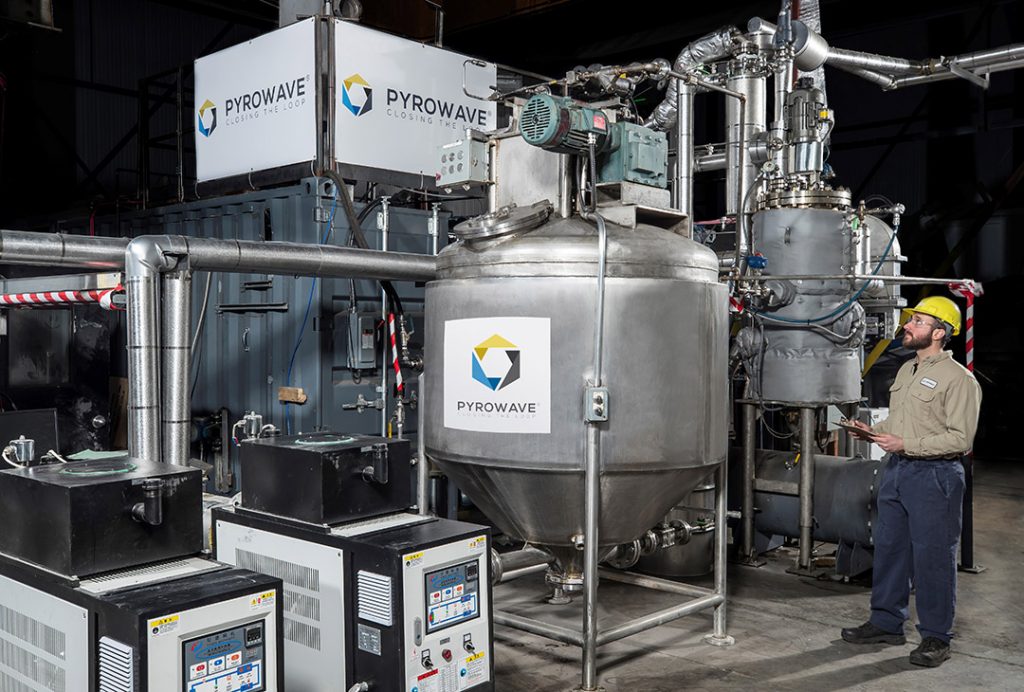 A depolymerization technology company received millions of dollars from the Canadian government to adapt its polystyrene-focused process to handle mixed plastics.

The money will fund a three-year R&D project to apply the chemical recycling technology to polyolefins, which make up a larger percentage of mixed-plastic bales.

“That’s what the investment from the government is really focused on, is being able to help us propel or expand the platform to other types of plastic,” said Jocelyn Doucet, CEO of Pyrowave.

Applying the platform to polyolefins 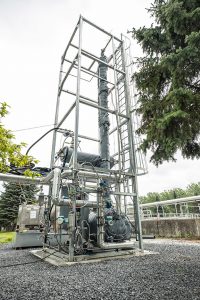 A distillation column at Pyrowave in Montreal. | Courtesy of Pyrowave.

Pyrowave’s technology produces a styrene monomer liquid that can be easily purified to commercial standards for feedstock in new PS production, Doucet said. The technology was developed with financial help from SDTC, which is a foundation created by the Canadian government.

The latest grant will fund a three-year project, which will kick off this fall, to hire staff and install equipment to optimize the process for polyolefins, Doucet said. Breaking down PE and PP will generate chemical products including naphtha, which can be used to make new plastic or other products, in addition to the higher-value styrene derived from PS, Doucet said.

Pyrowave won’t be targeting condensation polymers such as PET.

The company’s use of microwaves results in higher yields than traditional pyrolysis processes, Doucet said, and its ability to efficiently recover styrene monomer is an advantage. “This is how we think we can have a distinctive value proposition compared to the other technologies,” he said.

Doucet calls the approach “polystyrene mining.” He noted that by processing mixed-plastic bales in this way, reclaimers don’t need to buy optical sorters to sort out the PS, which he called the “golden nugget” in mixed-plastic bales.