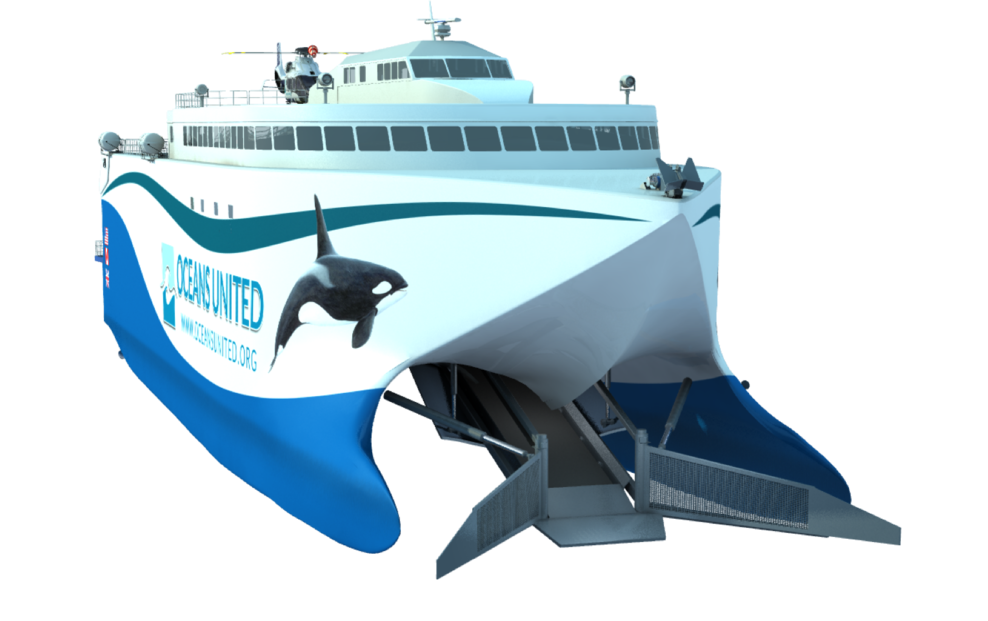 Oceans United will use the iCat-90 Skimmer to collect mixed plastic waste from the oceans and use the material as feedstock for fuel. | Photo courtesy Oceans United

A fleet of self-sustaining vessels will collect and process mixed plastic in the world’s waterways, a nonprofit organization announced this month.

Oceans United, a California-headquartered group, announced it has received a $40 million grant for its marine plastics cleanup effort. The organization plans to design and build a fleet of ships that can each collect up to 50 tons per day of mixed plastic from the oceans.

The ship, called the iCat-90 Skimmer, will then process the plastic onboard and convert it into a fuel using “hybrid hydrothermal liquefaction” technology. The resulting fuel will be used to power the ship, creating what Oceans United calls the “world’s first 100 percent self-sufficient ocean cleaning solution.”

Each 50 tons of plastic will translate to 285 barrels of “high-quality, ultra-low sulfur eco-diesel,” the organization wrote on its website.

Oceans United plans to grow the fleet to five ships by 2024.