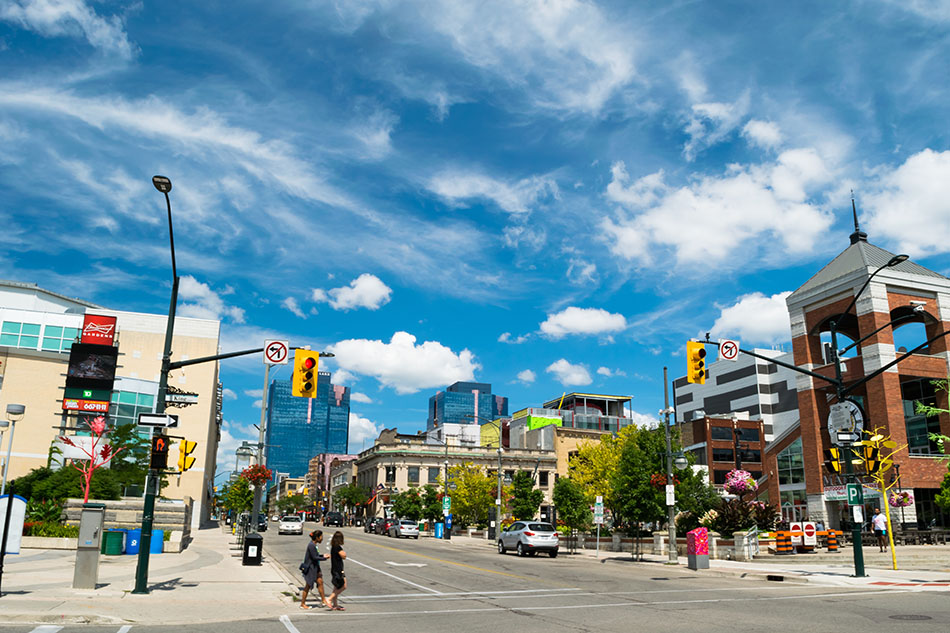 London, Ontario has a goal of 60% waste diversion by the end of 2022. | Wei Seah/Shutterstock

London, Ontario approved a grant for a Hefty EnergyBag program, making it the first Canadian city to embrace the program for collecting hard-to-recycle plastics.

The London City Council on July 30 gave unanimous approval to accept a grant from the Canadian Plastics Industry Association (CPIA), which is working in partnership with funder Dow. The money will help kickstart the program in London, a city of half a million people roughly midway between Detroit and Toronto.

The Council documents provide more detail on how communities partner with the plastics industry to launch the program, including the parties’ spending commitments and household participation estimates.

Through the program, households place a variety of difficult-to-recycle plastic products into an orange Hefty EnergyBag: multi-layer films, polystyrene foam, plastic utensils, straws and stir sticks, and toothpaste tubes. The bag is left at the curb and collected by a community’s hauler. At the MRF, crews hand-pick the bags before they enter sorting equipment. In U.S. cities that have launched the program, the bags have been shipped for energy recovery, including through pyrolysis.

The program has already been trialed or adopted in Citrus Heights, Calif.; Boise, Idaho; Cobb County, Ga.; and the Nebraska cities of Omaha, Bellevue and Lincoln.

The London Free Press newspaper on July 29 first reported the expansion to London.

Industry picks up bulk of costs

A comprehensive pilot program would cost about $475,000 and would include greater focus on monitoring, data and measurement. City staff are in discussions with other potential funders, seeking money for a more robust pilot program beyond the basic one.

The goal of the pilot effort would be to establish a full-scale, permanent EnergyBag program, according to the grant agreement between London and CPIA.

The hope is also to direct the plastics into recycling markets, rather than energy recovery. In the U.S., EnergyBag has received pushback from groups that advocate for reductions in plastic usage and oppose incineration of the materials.

The London Council documents indicate the project north of the border will emphasize recycling potential.

“The addition of a stronger focus on the recycling potential of this mix of plastics is a desirable solution for the pilot project due to the recent advancements in processing and markets in Canada and the northeast United States,” according to city documents. “London, Dow and CPIA have prioritized end markets for recycling the materials collected.”

“From a collection perspective and based on previous United States programs the Hefty EnergyBag weekly set-out rate often grows to approximately 55 to 65 percent,” according to the report. According to the grant agreement, the project will have been successfully implemented if at least 30% of households with access to the program are participating by the end of the two years.

Based on experience in the U.S., the pilot project involving 20,000 London households will generate enough material for 140 to 210 bales.

In addition to tracking the amount and composition of orange bag material, the project participants will also seek to quantify the expected reduction in contamination arriving at the MRF. The city-owned MRF is operated by Miller Waste Systems.

The pilot project is scheduled to last between 18 months and two years, depending on how fast participants use the bags and time needed to track and report results, according to city staff.