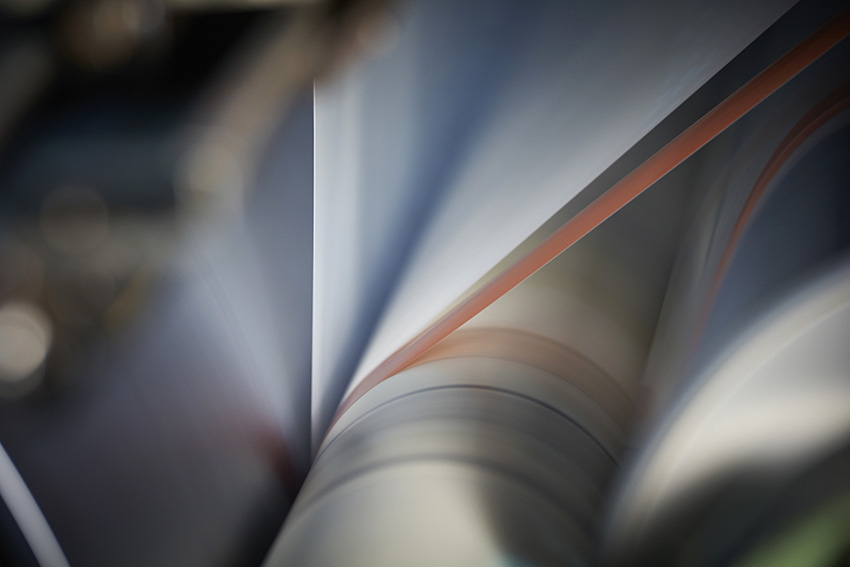 Packaging company Mondi led a project that created a pouch made of 20% post-consumer plastic. | Courtesy of Mondi.

A number of recent developments have been announced in the multi-layer flexible space, particularly for stand-up pouches. They range from a 100% recycled-content film, produced with the use of a chemical conversion technology, to a 20% recycled-content prototype pouch, produced by extensive washing and sorting of low-grade scrap plastic.

BASF used its ChemCycling conversion technology to break down recovered mixed plastics to produce an oil. The oil was used as feedstock to make polyamide and ethylene. Plastics producer Borealis used the ethylene to make polyethylene. Packaging company Südpack converted the plastics into a two-layer film to hold Zott Gourmet Dairy’s Zottarella mozzarella. The 100% recycled content film provides the barrier properties needed to protect the cheese.

BASF in December 2018 first announced it had made a number of products, including cheese packaging, refrigerator components and insulation panels, using the ChemCycling process. 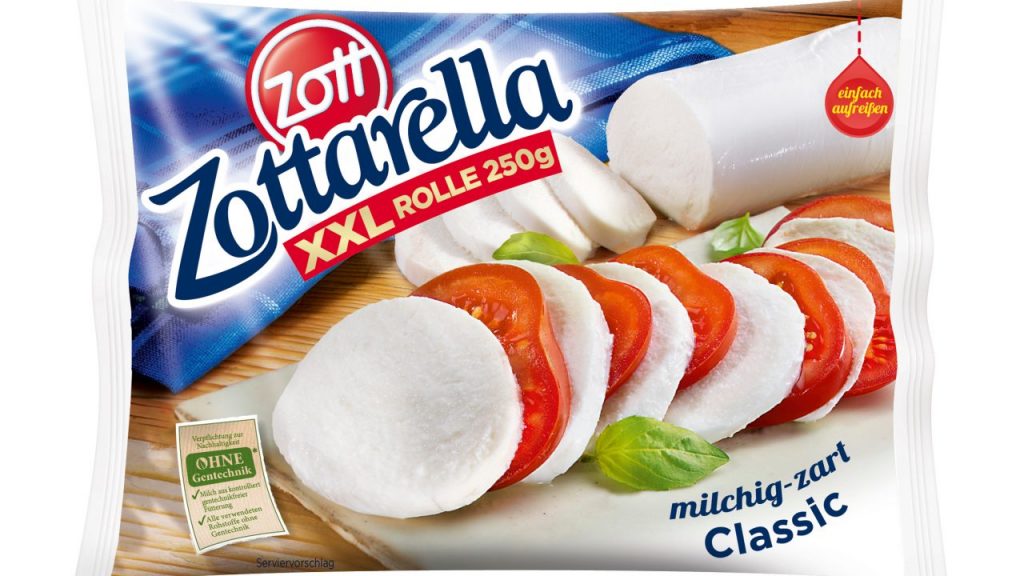 Packaging company Saica Flex has introduced a pouch for detergent tablets made with recycled LDPE. Part of the company’s new Greenheart line, the pouch is 45% recycled plastic.

The Greenheart line includes recycled plastic but is meant for non-food applications.

According to Saica Flex, the recycled plastic was provided by Saica Natur, a sister company to Saica Flex. The Natur Cycle Plus resin performs similar to virgin material in both the packaging conversion process and the form-fill-seal steps. 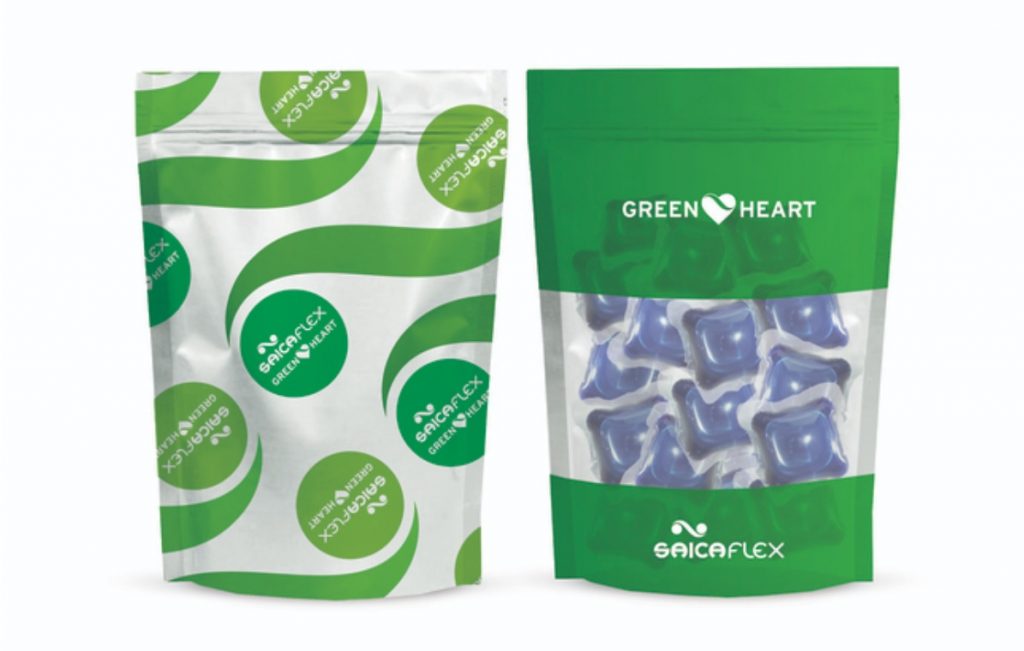 Flexible packaging producer ProAmpac has created a pouch made with 25% post-consumer plastic. It is being used to hold Justin’s brand Nut Butter Covered Nuts.

The pouch incorporates 40% recycled content in the sealant film, which comes out to 25% of the entire packaging structure, according to a press release. The pouch has the oxygen- and moisture-barrier properties needed to preserve the food.

“This flexible package is one of the first commercial pouches for food packaging to combine such a high proportion of PCR material, reducing the carbon footprint of the package without sacrificing the high-barrier snack food requirements,” Adam Grose, chief commercial officer for ProAmpac, stated in the release.

ProAmpac noted it overcame the hazy and inconsistent appearance that typically comes with using high percentages of recycled plastic by combining flexographic inks and coating technologies, as well as by optimizing the lamination processes. 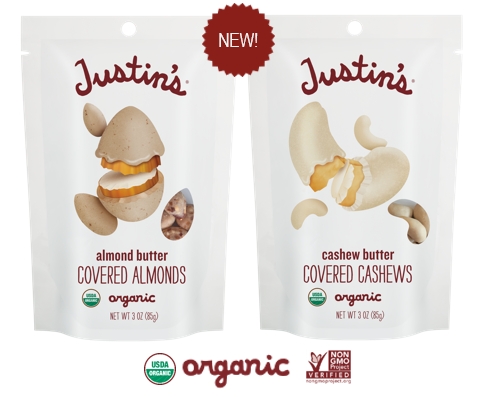 From dirty scrap to pouch

Packaging company Mondi led a project that created a pouch made of 20% post-consumer plastic. Supported by the Ellen MacArthur Foundation and spearheaded by Mondi, Project Proof created a prototype pouch that can hold products such as detergent. The feedstock was considered the worst-quality material, and it required washing and sorting using a variety of technologies, according to a press release.

“We wanted to see what was possible with the worst input, and we were able to create a fully usable prototype,” Graeme Smith, Mondi Consumer Packaging’s sustainability manager, stated in the press release. “This proof-of-concept underlines the potential [of] what could be manufactured when better quality, pre-sorted materials are used as input. Better waste collection mechanisms and a focus on packaging designed for recycling will improve this process and help close the sustainability loop.”

According to Mondi, the recycled plastic results in flecks of inconsistent coloring in the pouch, which has excellent construction, seal strength and zipper integrity. The company is now developing it further so it can be rolled out as a commercially viable product for multinational brand owners.