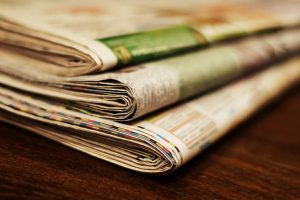 Mainstream media seems to be intensifying its coverage of plastics management problems, a trend emblemized this week by the launch of a series in The Guardian newspaper.

The Guardian US, the New York-based arm of the British daily, recently began publishing installments of “The United States of Plastic.” The articles examine how “the recycling system is breaking down.” The editorial project is supported by the Ford Foundation.

With the series focused on industry struggles since China banned imports of post-consumer plastic, one of the first stories highlights negative consequences resulting from the influx of shipments to Southeast Asian nations.

The Guardian interviewed local waste pickers in countries that have increased their U.S. scrap plastic imports, describing environmental hazards associated with processing the materials. The newspaper also interviewed Steve Wong of Hong Kong scrap plastics processor Fukutomi and the China Scrap Plastics Association. Wong described the many changes that have crippled the plastics recycling field over the past year and longer, noting that his company is now in debt.

The Guardian says its series “will scrutinize the plastic crisis engulfing America and the world” and that there will be more stories published this week, as well as for the rest of the year.

The Guardian is hardly alone in taking an interest in plastics recycling struggles. This week, CBS News, Public Radio International, Axios and smaller publications wrote about plastics and the recycling industry.