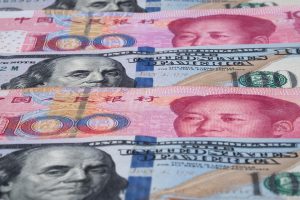 The U.S. recycling industry, including the plastics recycling sector, is expected to feel the economic impacts of the escalating U.S.-China trade war.

The trade war has had a major impact on the U.S. chemicals and plastics industry by making its products less competitive in China. The American Chemistry Council (ACC) said the American trade deficit for chemicals nearly tripled because of tariffs, Bloomberg reported.

Last year, as steel tariffs were taking hold, a recycling operator described to Plastics Recycling Update one ripple effect his business was feeling: The cost of bale wire, used universally in the recycling industry, had increased substantially.

In a post on SeekingAlpha, Dane Bowler, analyst at 2nd Market Capital, noted that although tariffs generally benefit the gross domestic product of the country implementing them at the expense of the country that’s subject to them, tariffs also spur retaliation that can muddy the impact.