Details on a China-backed plastics plant 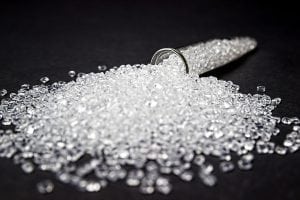 A planned South Carolina processing facility will shred, wash and pelletize a variety of scrap plastics with an emphasis on post-industrial material, a company leader has confirmed to Plastics Recycling Update.

The $75 million Blacksburg, S.C. facility is slated to come on-line early next year. The company is currently looking for buyers and sellers to work with. Green Tech, which will also handle scrap electronics and some metals, is interested in talking to companies about new technologies that could be installed in the facility.

Green Tech is one of several recent Chinese investments in U.S. recycling infrastructure.

Green Tech’s plastics processing operation will focus on post-industrial plastics but will also process some post-consumer e-plastics. It will buy post-industrial PET, HDPE and PP, and it will purchase engineered plastics such as ABS.

The facility has already begun processing other types of scrap material including electronics.

Yang, who also serves as president of the Carolinas Chinese Chamber of Commerce, has helped several Chinese companies invest in North and South Carolina over the last six years.

South Carolina is particularly attractive for investment due to government incentives, as well as the local labor force, Yang explained. The Green Tech facility will create 200 jobs when fully operational.