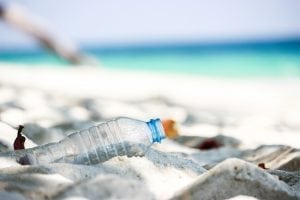 Many groups and organizations made announcements for World Oceans Day, which was observed Friday, June 8. The following is a roundup of some of the key details that have come out of statements and reports in the runup to the celebration.

G7 charter addresses plastics: Leaders of the Group of 7 countries met in Canada last week, and ocean plastics pollution was among their topics of discussion. Five countries in the group (Canada, France, Germany, Italy and the U.K.) signed an Ocean Plastics Charter, pledging to “move toward a more resource-efficient and sustainable approach to the management of plastics.”

The countries pledged support for a range of actions, such as policy measures, incentives or requirements for product stewardship, design for recyclability and recycled content. The charter also includes a number of specific goals with target dates, including:

Leaders from the U.S. and Japan declined to sign the charter.

Responses to the charter were predictably mixed. The American Chemistry Council responded referencing its own recent recycling-related goals, which set similar targets. The industry group said it looks forward to “collaborating on a range of activities outlined in the Charter – including sustainable design, research, information sharing, and creative new ideas like the Plastics Innovation Challenge – in the months and years ahead.”

Greenpeace was less enthused, describing the ocean plastics charter as one of several “tepid” environmental plans announced by the G7. “Governments must move beyond voluntary agreements to legislate binding reduction targets and bans on single-use plastics,” the group said in a release, adding that governments should “hold corporations accountable for the problem they have created.”

A company that hosts trips to the Galapagos released a statement in support of the ban, describing it as a measure to “protect marine and wildlife and their habitats from the detrimental effects of plastic waste.”

Tackling ocean pollution before it arrives: Envision Plastics announced it is on track to meet its goal of processing 10 million pounds of post-consumer HDPE that would otherwise have entered waterways. The goal was announced in 2017 and slated to be met over two years. Currently, Envision says it is at the halfway point of its project timeline and the company has recycled 5 million pounds. The program collects material from areas without strong solid waste management programs, including Haiti and remote, coastal regions in Mexico, according to the announcement.

Building credit: American Express cardholders will soon have the option of using a credit card made with marine plastics. The company is working with Parley for the Oceans, a group focused on marine plastic prevention, to provide the cards. They’re expected to be widely available within 12 months.