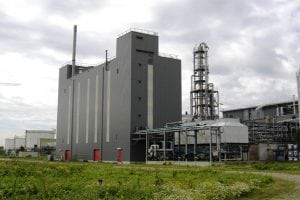 A rendering of the future plant in Terneuzen, The Netherlands.

The PolyStyreneLoop project seeks to build a demonstration plant that will use a dissolution technology to recycle EPS and extruded polystyrene (XPS) building insulation containing the brominated flame retardant hexabromocyclododecane (HBCDD). Although it’s now restricted on the European continent, HBCDD was used for decades in building insulation.

PolyStyreneLoop’s technology is based on the CreaSolv Process, which was developed in Germany. It involves using a solvent to dissolve the plastic so it can be separated from the flame retardant. A precipitating agent is used to re-form the plastic. The process also recovers bromine for use in new flame retardants.

The technology allows insulation panels to be recycled instead of incinerated. One year ago, Plastics Recycling Update took an in-depth look at the technology.

The plant will be located in Terneuzen, The Netherlands. According to a March project update, PolyStyreneLoop has purchased three-quarters of an acre from the company ICL-Industrial Product Terneuzen, an bromine manufacturer. An option was taken to buy another one-third of an acre for a future expansion. Site work has already begun.

Additionally, project participants have started collecting EPS for start-up purposes. The plant will have the capacity to process 3,000 metric tons per year.

Stakeholders in the PolyStyreneLoop project met in Brussels May 22-23 to hear updates on the effort. According to an overview presentation from the event, construction of the plant is scheduled to begin later this year. Start-up is scheduled for the first half of 2019.

PolyStyreneLoop on May 25 issued a press release on the Brussels meeting, noting it drew high-level speakers from industry groups and the European Commission, which is partly funding the project. Presentations were uploaded to PolyStyreneLoop’s website. 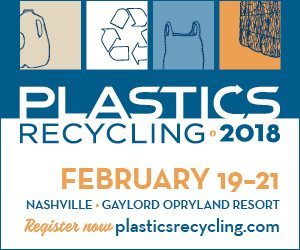 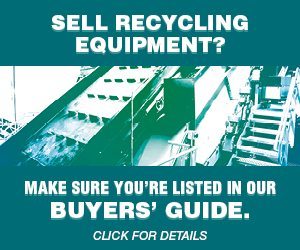