Is this the recycling rate of the future?

Aligning recycling metrics with concepts such as sustainable materials management has been a challenge. But a researcher in Florida is offering intriguing possibilities in that area.

Tim Townsend is an environmental engineer and professor at the University of Florida who has extensively studied waste-related issues over the past decade. 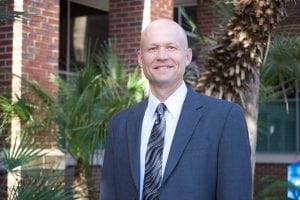 His current work taps right into a key question among forward-looking materials recovery professionals: How do we move away from focusing solely on tons recovered and measure the wider environmental benefits that come through considering the entire life cycle of the materials we use?

The answer, Townsend proposes, may be to stick with the tried and true concept of a recycling rate but to calculate such a figure in a new way.

Townsend, who is presenting details of his research at packaging industry group AMERIPEN’s annual meeting in Washington, D.C. this week, said in an interview that his work on the measurement topic began amid anxieties from Florida stakeholders who were confronted with a looming materials recovery deadline.

In 2008, Florida established a goal of hitting 75 percent recycling by 2020. Despite the fact that Florida allows waste to energy to count as recycling in some cases, communities and others began realizing over the past several years that the 75 percent target was looking increasingly out of reach.

In 2016, the most recent year for which figures are available, Florida’s statewide recycling rate was 56 percent.

“The idea we came up with was to try to develop an alternative way to look at the 75 percent recycling objective,” Townsend said.

Townsend and his team garnered funding for the project from the state-funded Hinkley Center for Solid and Hazardous Waste Management and then began an initial dialogue with a working group of policymakers and representatives from municipalities and private waste firms.

“One of the things we presented to them in early meetings was the concept of taking the 75 percent recycling goal, but instead of focusing solely on tons, to try to come up with an equivalent way of looking at the recycling percentage that is based on [reductions in] greenhouse gas emissions or energy savings,” Townsend said.

Townsend’s team then developed a methodology for calculating what the state’s greenhouse gas and energy footprint was in 2008, when the recycling rate goal was established. And then they determined what the footprint would be had 75 percent recycling actually been achieved that year.

With those numbers quantified, the researchers could “normalize” greenhouse gas and energy reductions back into a “recycling rate” but one that takes into account more than just the tons of material recovered.

“It’s a little abstract,” Townsend acknowledged. “But the idea is that in any given year, a community, if they have enough information about their waste stream, can calculate their normal recycling rate – tons recycled over tons generated – but they can also develop a number with similar units that is actually based on greenhouse gas emissions.”

Townsend, whose recent recycling metrics work is outlined in a peer-reviewed paper in the current edition of the journal Environmental Science & Technology, also made clear that while his research has been in part funded by the state of Florida, the methodologies he’s been exploring have not been officially adopted by state leadership.

Language everyone can grasp

Developing such a system could be important for recycling officials and other leaders who are looking to make smart moves in an era where the waste stream is rapidly shifting. Leaders are also realizing that product manufacturing, transportation, wasted materials and other elements of product life cycles can be far more impactful on environments and communities than whether a given material is recovered.

Determining models for thinking about product streams in this way has been the underpinning of sustainable materials management (SMM), a concept embraced by the U.S. EPA, the state of Oregon and numerous other stakeholders, including hauling giant Waste Management. However, it has been challenging for proponents of SMM to find ways to set goals and articulate progress in language and units that citizens and other government leaders can grasp.

Townsend thinks his work can fill the gap.

“At some point in the future, if sustainable materials management plays out like a lot of people want, we’ll all be familiar what millions of BTUs represents or what millions of metric tons of CO2 represents,” he said. “But for now, this might be a good bridge to connect current methodology with what we could end up doing with alternative endpoints.”

Of late, Townsend and his research team have studied three other states – California, Maryland and Minnesota – to see whether sufficient data exists in those jurisdictions to create a methodology for translating greenhouse gas emission reductions or other environmental impacts into recycling rates.

At the AMERIPEN meeting, Townsend will be presenting details from the research on Maryland and Minnesota.

“A lot of local governments fell into the trap of looking for more tons,” said Townsend. “We were losing sight of the bigger picture of SMM – which is what is the benefit or progress toward your objective? We’re trying to put it in a tangible, recognizable form for policymakers and others.”