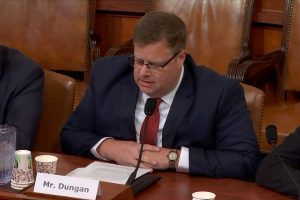 The credits have received multiple one-year extensions and were most recently extended to cover the 2017 tax year. The U.S. House Ways and Means tax subcommittee held a hearing last week, inviting representatives from various alternative fuel interests to offer input on the credits.

Some industries simply asked for a long-term extension of the incentives. But Dungan, representing the Plastics-to-Fuel & Petrochemistry Alliance of the American Chemistry Council (ACC), made the case for pyrolysis operations becoming eligible for the measures. Currently, the incentives cover natural gas, liquefied hydrogen, propane and similar fuels, but not fuel generated from pyrolysis, an oxygen-free process that does not involve burning.

Dungan described it as “an issue of fundamental fairness that technologies which convert post-use plastics into lower carbon fuels be included in a broadened definition” of alternative fuel, should the credits get extended. The pyrolysis industry, he said, is “exactly the type of fledgling industry that smart, targeted federal tax policy can help jumpstart.”

“This is a way to de-risk these startup companies and get us up on our feet,” he said, in response to follow-up questions from lawmakers. “And maybe in five, six years we don’t need this support anymore. We’re just asking to participate.”

He added that eligibility for the credits would allow the plastics-to-fuel industry to compete with other alternative fuel producers that already enjoy the benefits.

“It de-risks us from an off-take perspective, so our fuels we produce are more attractive to the petroleum industry,” he said.

At the state level, the ACC has been pushing legislatures to remove regulatory barriers to plastics conversion technologies. On March 21, ACC issued a statement hailing the Wisconsin Legislature’s passage of Assembly Bill 789, which exempts pyrolysis and gasification facilities from certain laws relating to solid waste facilities.

The testimony before Congress comes at a time of wider pyrolysis industry development. On March 20, RES Polyflow announced it has entered a supply agreement with BP and will begin processing plastics commercially at its first production plant.

RES Polyflow’s facility in Ashley, Ind. will convert 100,000 tons per year of scrap plastics into 16 million gallons of low-sulfur diesel fuel and naphtha blend stocks. BP will purchase the entire fuel output of the facility. Besides fuel, the site will also produce commercial-grade waxes and will sell those into the industrial wax market.

In a press release, the pyrolysis company said it anticipates the new facility will “create a new market for the growing stream of complex plastic film, flexible packaging and other low value, non-recycled plastic waste that typically ends up going to landfills or fouling local waterways.”

The facility will launch in 2019, according to the release. RES Polyflow anticipates it will be the first of several facilities in the Midwest. Subsequent sites will be anchored around the Ashley, Ind. plant.

Industry executives also recently discussed the state of the plastics-to-fuel sector at the Plastics Recycling Conference, which was held in February in Nashville, Tenn. In an interview prior to the event, an executive from pyrolysis company Renewlogy stated that the industry had proven itself by showing technical success, and is now ready to scale things up.

“Now it’s a matter of demonstrating this as a mainstream and not just niche technology,” company CEO Priyanka Bakaya said. 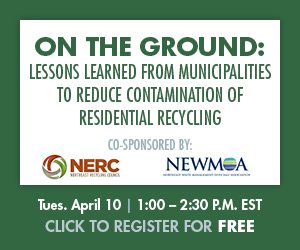