Market disruption from Chinese import restrictions has led Chinese companies to examine investments in the U.S. recycling industry – but that’s not without precedent. An Ohio processor recently expanded on a similar partnership it entered after the last major Chinese imports crackdown. 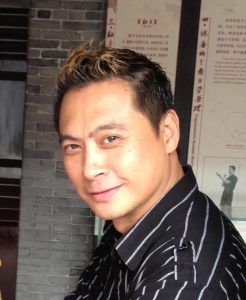 Arch Polymers, located in the Columbus, Ohio area, was formed through a partnership between a U.S. plastics broker and a Chinese equipment manufacturer in 2015. The companies came together when they saw the writing on the wall from China’s Green Fence initiative, which slowed recyclables imports into the country in 2013.

“We started changing our business from trading to actually manufacturing, focused on plastic waste and recycling domestically in the U.S.,” said Howard Wei, CEO and co-founder of Arch Polymers and president of Triple Arrow Industries, the U.S. broker.

Wei recently described his company’s partnership and its genesis in an interview with Plastics Recycling Update. He predicts more such partnerships will take place given China’s latest import restrictions.

Wei will speak during a session organized by the China Scrap Plastics Association (CSPA) at the Plastics Recycling Conference in Nashville, Tenn. next week. He plans to discuss differences between China and the U.S. when it comes to operating a recycling business, including logistical and cultural contrasts.

Triple Arrow Industries launched its materials brokerage business about a decade ago. It handled primarily non-ferrous metals and only a small amount of plastic at the beginning, and was mainly exporting the materials to China. It now handles a variety of plastic resins and scrap metals.

When China’s Green Fence customs crackdown came about in 2013 – the country’s first major restriction on scrap imports – the company began thinking about a change in its operations, as it anticipated further disruptions in the future of scrap trading.

In 2015, it began a new project to make that change happen: It entered a partnership with ACG Machinery (also known as Yili Machinery), a Chinese equipment manufacturer with nearly 30 years of experience in the plastic recycling equipment industry. The partners had equipment designed and shipped from China. It was installed at the end of 2016.

The companies share joint ownership of the processing venture, which recycles PP super sacks, HDPE drums, buckets and totes. The pellets are sold to a variety of domestic end users, particularly in the Midwest. The end uses include auto parts, building materials and other products.

The partnership recently completed its first year of the new venture, and Wei said it is still experimenting to figure out the best way to operate most efficiently and increase its capacity. Currently, the facility processes between 700,000 and 800,000 pounds of PP from super sacks per month, and it is looking to up that figure to 1 million pounds. On the HDPE side, the company processes roughly 150,000 to 200,000 pounds per month from buckets, drums and other containers.

The price of repro pellets dropped significantly beginning in 2016, due in part to declining oil prices. That put a strain on the pellet production venture, Wei said, but now the prices are rising somewhat.

Wei estimated 95 percent of the company’s pellet sales are to U.S. manufacturers. That allows it to avoid the costs associated with shipping to Asia. Chinese manufacturers also look for slightly different types of repro pellets than U.S. ones, Wei noted, including different color and quality.

“We see some demand from China because of the plastic ban,” he said. “But still, mainly we are selling to domestic buyers.”

China’s rising demand is closing the price gap between domestic sales and exports to China, Wei noted. The demand will likely increase further after the Chinese New Year, which begins Feb. 16 and ends March 2. Many factories scale back operations during this period.

“After the beginning of March, that’s the time we can see more demand from China for the clean, repro pellets,” Wei said.

Wei predicts the trend of Chinese firms looking to invest in U.S. companies will continue to rise due to the current market disruption from Chinese import restrictions.

For example, Arch Polymers’ partner, ACG Machinery, also runs a pipe manufacturing business, Wei said. The company is considering another investment, one that would open the door to a U.S. operation processing HDPE into repro resin and then shipping it into China.

“They used to import drums and HDPE regrinds into China, and that’s no longer the case. They can’t import those anymore,” Wei said. “They have to come out and get the material, pelletize it, and get a clean, raw material for his pipeline manufacturer so they can import it into China.”

He pointed to CSPA’s planned tour through several U.S. states to look at investment potential after the Plastics Recycling Conference.

Many of the Chinese companies interested in making U.S. investments are processors that have felt the initial impact from the slowing of baled materials into their country.

“You’ll probably see a lot of Chinese recycling businesses trying to go to the source, which is the U.S. or European countries, where they used to import their plastic waste,” he said, noting many of the Chinese recycling enterprises have been in business for years. “They’re not easily quitting. They try to fight back and go to the source, where the recycling material is generated, and try to fund the local partners.” 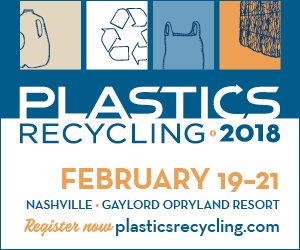