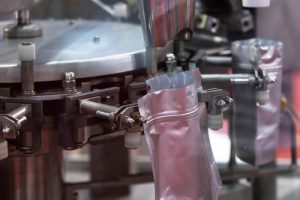 The Ellen MacArthur Foundation recently honored a team at the University of Pittsburgh and an R&D company called Aronax Technologies Spain for their work improving the mechanical recyclability of  flexible packaging for food.

The awards were part of what’s called the Circular Materials Challenge.

“The technical innovations developed by our winners are exactly what is needed to begin to address the wasteful material culture of the past century that is creating increasing amounts of microplastics and plastic debris on our shorelines, in our oceans, landfills and even our own bodies,” Wendy Schmidt, a lead funder for the prizes, stated in a press release.

The Ellen MacArthur Foundation leads the New Plastics Economy initiative, which is working to reduce plastic waste and improve recycling.

Global chemical companies have been working in this area for years. For example, Dow Chemical Co. nearly two years ago released a stand-up pouch film with a high oxygen and moisture barrier, making it suitable for a range of foods. Called Recycle Ready Advanced Barrier, it can be recycled via traditional retail PE bag collections. And last year, NOVA Chemicals Corp. unveiled a recyclable oxygen-barrier film structure for use with foods such as meat, cheese, nuts and others that have traditionally required rigid or non-recyclable multilayer flexible packages.

But one recent advancement came from a different place: The University of Pittsburgh’s Swanson School of Engineering. A team there developed a way to alter the nano-structure of PE to allow it to mimic the properties of the various layers in laminated films, without changing the polyethylene’s fundamental chemical. The PE can mimic oxygen-barrier properties of PET, EVOH or aluminum layers.

“Since the basic chemistry of each layer would remain polyethylene, the packaging can then be collected with other plastics and recycled using traditional methods, removing it from the waste stream,” according to a University of Pittsburgh press release.

Aronax Technologies Spain won for its work on using a magnetic additive that can be applied to a plastic layer to boost air and moisture insulation. The additive is made of small, plate-like particles of silicates and iron oxide.

“Because of the magnetic properties of the additive particles, they can make it easier to identify and separate the packaging at the recycling stage,” according to a project description. “In addition, thanks to their magnetism, the particles could potentially be recovered separately in the future, by melting or dissolving the packaging and retrieving a purified polymer, while collecting the particles to be used again.”

Examples of where the additives could be used are toothpaste tubes and food and drink pouches.

The innovation came out of research into using a plate-like additive on surgical gloves to make them pierce-proof from needles.

The Ellen MacArthur foundation gave out the awards on Jan. 23 at the World Economic Forum in Davos, Switzerland. A total of five entries won in the Circular Materials Challenge (the other three involved creating compostable multilayer films).

Along with a $200,000 prize, each winner will join a 12-month accelerator program to help them make their innovations marketable at scale. 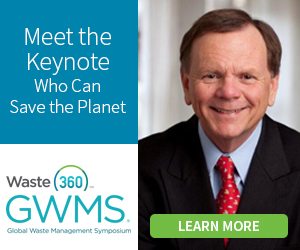 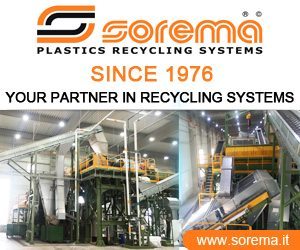