Initiative seeks to deodorize and recycle EPS into food packaging 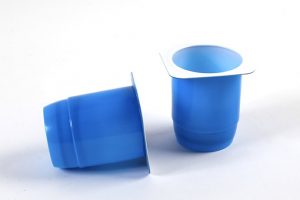 Unless you’re buying seafood (and maybe not even then) fishy smelling food and drink packaging isn’t going to fly. A project in Europe is working to deodorize EPS from fish boxes so they can be recycled into new food-contact products.

The European Union-funded project is called Expanded PolyStyrene SUstainable REcycling (EPS SURE). It is coordinated by Cicloplast, a Spanish plastics recycling nonprofit group. The project centers on the recycling of EPS fish boxes, which are used to pack fish on ice and transport them but are rarely recycled. Residual odors and freight economics challenge recycling of the boxes.

The recycled XPS and EPS was used to make insulating panels with adequate physical-mechanical properties to be used in the construction sector, according to AIMPLAS.

EPS SURE’s goals are to define a model to collect, wash and recycle the fish boxes into EPS food-contact packaging in a technically viable and economically profitable way.

Project partners will collect 10 metric tons of used fish boxes from supermarkets across Spain. Using an innovative purification process, they’ll obtain 4 to 5 metric tons of recycled PS. Then they’ll use the recycled resin in 40 prototypes of yogurt and milk packaging. The prototypes will incorporate a range of recycled-content levels.

The process is expected to be replicated in Greece, Italy and the United Kingdom.

In addition to Cicloplast, the other groups and companies participating in the project are ANAPE, an EPS industry association; Coexpan, a converter; El Corte Inglés, a chain of supermarkets and department stores; and Total Petrochemicals, a fuels and plastics producer.