In My Opinion: How a TV segment spurred film recycling 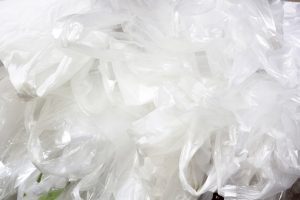 Earlier this year, ABC, the national government broadcaster in Australia, ran a series of programs called “War on Waste.” These shows were dedicated to putting the huge amount of waste generated in the forefront of people’s thinking.

The results were amazing. One segment focused on the huge reject rate at supermarkets of bananas that were too small, large or bent. Another story was on the 1 billion takeaway coffee cups disposed of every year.

But the story that caught a lot of people’s attention was the volume of plastic packaging that ends up in household rubbish bins. The story also explored how some of it is recovered, demonstrating that a material normally regarded as waste can be recycled into usable everyday products. This story was so successful that the amount of packaging collected doubled straight after the show was aired and has increased steadily since.

Finding us with trackers

“War on Waste” put tracking devices into “soft” plastics collection bins at two major supermarket chains in Australia. The results were pretty damning for one of the supermarkets. One of the tracked loads went to landfill and the other went to China. When the contractor was asked where the plastic went, they were unable to give an answer. The other major supermarket had initiated a recycling effort with a company called the Red Group, which is responsible for collecting mixed-polymer packaging. The tracker that was placed in this supermarket bin ended up at a depot, where it awaited baling and shipment to market. That’s how “War on Waste” found my company, Repeat Plastics Australia (Replas), which provides an end market for the bales. 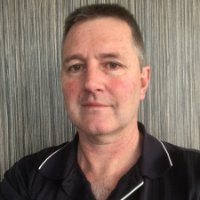 Replas produces a range of over 200 recycled plastic products using state-of-the-art machinery and robotics together with a focus on energy efficiency. Products include bollards, signage, outdoor furniture, fitness equipment and decking, as well as items suitable for traffic control, parks, gardens and the utilities industry.

Once it was established that something was being done with the post-consumer mixed flexibles, “War on Waste” host Craig Reucassel, an Australian comedian who is also concerned for the environment, visited a couple of our sites to look further into where this material goes. Craig was perfect for the part: He had a way of tackling issues on waste but letting the audience decide what was right or wrong.

The Red Group soft plastics collection program, called REDcycle, receives funding from not only the supermarkets but also from brand owners. The brand owners got involved because as soon as there were enough collection points across Australia, they were legally allowed to advertise on their packaging that it could be recycled. They referred people to Red Group’s website for collection points.

The system encourages consumers to drop their mixed flexibles off at the supermarket bins, which are located at the front of the stores adjacent to Replas chairs made of 100 percent recycled plastic (with about 30 percent mixed flexibles). There has always been some cynicism about what is done with the plastics collected for recycling, so having a product, such as a high-quality chair, on display gives consumers confidence that something can and is being done with the material they drop off.

This collection system ensures that the plastics are relatively clean, because who wants dirty, smelly material in their car? It also gives a working practical example of what can be made from the material. Lastly, it serves as a good example of reverse logistics, which is really the only way light, bulky plastics can be moved around at minimal cost.

Results of the show airing

The “War on Waste” story looked at the processing of the plastic and a few of the end products. In the final piece of the story, it was noted that if you want to be able to recycle you must buy recycled products. Such a simple statement is the backbone of the recycling industry but seems all too often lost.

Collection points have now been rolled out across the whole of Australia, a total of more than 1,000 bins. That number is constantly increasing. Back-loading systems have been instigated to help with the more remote areas of Australia.

Replas has concentrated on mixed-plastics recycling because this stream has limited recycling outlets. Single-polymer recycling has always had markets (maybe a bit more unsettled recently) and the polymer price reflects this, whereas mixed plastics had only one direction in Australia and that was landfill. Mixed plastics have their structural limitations, and it is important that they are only used in the right applications. Failures of any installations affect the whole market.

Replas believes that the future of mixed-plastics recycling will be found in the engineering of the polymer blends and composites once better applications are found. When that happens, new markets will open.