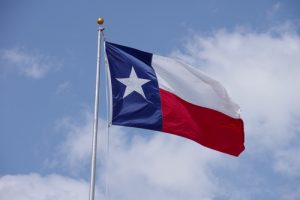 Plastics recovery declined by 36 percent in the Lone Star State from 2013 to 2015, according to a new report.

The study, which focused on the recycling industry’s impact to the state’s economy, also broke down specific materials diversion statistics. It was compiled by the state’s Commission on Environmental Quality.

“In 2013, multiple facilities were recovering low grade plastic film used in packaging that was no longer financially viable for recovery in 2015 due to a lack of end market demand, which may be the reason for this decrease,” the report says. “Another reason for the decrease may be due to manufacturers utilizing less material in their products.”

Of the weight recycled, 44 percent was PET, 33.3 percent was HDPE and 22.8 percent was mixed plastics Nos. 3-7. The data came from surveying 12 plastics reclamation facilities, 25 materials recovery facilities and 20 landfills or transfer stations.

Plastics as a whole made up about 1.2 percent of the entire municipal solid waste (MSW) stream, which the study defined to include construction and demolition debris and organics.

The impact was realized from the state recycling 9.2 million tons of MSW during the year, which equates to a recycling rate of 22.7 percent. The capture rate for typical single-stream recyclables was 23.3 percent.

Spurred by legislation passed in 2015, the economic impact report examined a variety of facets of the industry, including current recycling efforts, market development work, funding methods, job creation benefits, and infrastructure needs and opportunities in rural and underserved areas.

In announcing the report, the State of Texas Alliance for Recycling (STAR) said the study “gives Texas policymakers the information they need to examine the economic, environmental, and policy issues of interest to Texas businesses, citizens and governmental agencies.”