Q&A: How a collaboration led to an inline bottle pre-form system 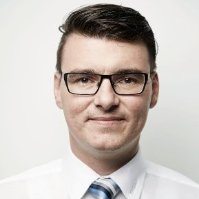 Recycling equipment specialist Erema and PET packaging company SIPA collaborated to create the inline PET pre-form system, according to an Erema press release. The system, which allows for 100 percent rPET use in bottle pre-forms, reduces energy costs by up to 30 percent, according to Erema.

Plastics Recycling Update recently interviewed Christoph Wöss, business development manager for bottle applications at the Erema Group, to find out more about the inline system and its development.

How do inline PET pre-form systems works and why are they unique?

The unique benefit is that everything is in one step, directly from PCR-PET flakes to 100 percent rPET pre-forms. The new inline pre-form system combines the efficiency benefits of the Vacurema technology with the innovative Xtreme pre-form production system of SIPA. One of the key benefits of the patented Vacurema technology is that decontamination and the removal of moisture already takes place before extrusion. This is a clear bonus for the quality of the melt and, as a result, of the end product. This material transfer takes place under high vacuum. As a result, no additional degassing ports are required on the extruder. After the filtration unit, the melt is ready and can be transferred directly to the downstream unit – without the detour of pelletizing. The PET inline pre-form system enables a direct link to the Xtreme part with its rotary injection-compression technology. Xtreme realises a remarkable reduction in weight in comparison with the lightest of injection molding pre-forms – up to 10 percent.

When was the inline system first developed?

The cooperation and developments with SIPA started about two and a half years ago.

Can you describe some of the major challenges in designing an inline PET pre-form system?

One of the major challenges was that different input materials with different bulk density, different viscosity and different moisture are being processed – but the melt needs to be stable every second. This is also a reason why the injection-compression technology of Xtreme is perfectly suitable for this direct processing of RPET pre-forms (unlike the linear process of conventional systems, where you have to interrupt the melt flow each cycle).

What has the market demand been like for integrated systems?

The market asked for sustainability, the reduction of separated machines, energy saving and for reduced logistics costs.

Have any inline systems been sold in North America?

The prototype of the PET inline pre-form is currently at SIPA in Italy, so we have not sold any of this machines so far. Customers and interested persons were invited in September to get in touch with this new technology for the first time.