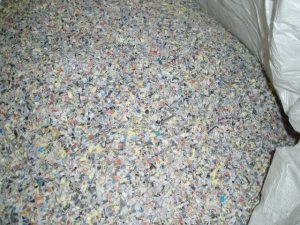 Many of us carry gift cards in our wallets – especially after the holidays – but they’re almost never recycled. However, a recent U.K. effort offers a model for material recovery.

The British Plastics Federation (BPF) and Axion Consulting managed what they call the “RecoCard” project, which collected the recycled PVC store gift cards. BPF in July announced they had recycled one million cards totaling 10 metric tons into new products such as piping.

“This is an excellent example of how a ‘short-life’ PVC product like a gift card can be recycled into a ‘long-life’ one such as pipes,” Jane Gardner, principal consultant for Axion Consulting, stated in a press release. “As the first trial of its type, we have shown that gift cards can be recycled successfully and our aim is to eventually extend the scheme to more companies.”

The RecoCard project partners included retail marketing agency Jellyfish Livewire, which implemented a take-back effort as part of the company’s Green Gift Card initiative. An unnamed U.K. retailer provided one million out-of-date PVC and PETG gift cards to Jellyfish Livewire, which manually sorted them into material types before the PVC cards were processed into irrigation piping.

The next step is investments in collection infrastructure for post-consumer gift cards, according to the press release.

About 2,500 metric tons of PVC gift cards are produced in the U.K. each year. BPF noted the project could be extended to other types of cards, including loyalty cards and hotel key cards.