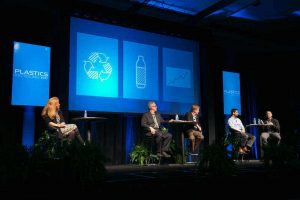 A viable end market is crucial to effective materials recovery, and in the plastics realm, those downstream uses are growing increasingly diverse.

During Plastics Recycling 2017, four industry players discussed the ins and outs of their post-consumer resin usage during a panel session moderated by Tamsin Ettefagh, vice president of sales at Envision Plastics. The conference was held earlier this year in New Orleans.

Speakers on the panel represented a variety of companies using recycled content in injection molding, extrusion into tubes and blow molding. Their products include beverage can carriers, personal care and cosmetic items, toys and cleaning materials.

“It just tells you that there’s these expanded markets, when traditionally everyone thinks of bottles going just into bottles or into some low-end molded products,” Ettefagh said.

PakTech, a Eugene, Ore.-based manufacturer, began using recycled HDPE as part of a push to improve the company’s environmental impact. PakTech, which makes carriers and handles for beverage containers, used virgin content for 20 years, but in 2012 it began a transition as the company’s ownership announced a plan to use 100 percent recycled resin in its products. 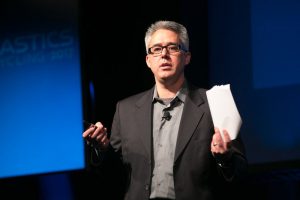 The company’s hard-top can carriers for craft beer six-packs was a big focus for the initial recycled HDPE usage.

“We [started at] about 430,000 pounds of PCR material, about 7 percent of what we were doing,” said Jamie Christopher, sales and marketing operations manager for PakTech. “We went from 7 percent to 20 percent to 50 percent to 70 percent last year. That’s a big step for us.”

As is the case with many recycled content users, black plastic has proven problematic, particularly when PakTech identifies all of its products as “recyclable.” Local programs vary, however, particularly when it comes to black plastic. A Vermont news station ran a story about how how the state does not recycle black plastic and used a PakTech product as a representation of the problem. The company began hearing from customers wondering why its products weren’t recyclable.

“It’s a challenge for us with our customers when they say, ‘OK, we understand you use PCR, but what do we do at the end of the life cycle? Are you able to recycle it?'” Christopher said.

Burt’s Bees drives its PCR usage through goal setting. Beginning in 2007, the personal care product company started a recycled-content standard, “not only to give us a road map, but also for anybody coming in working on our brand to be able to know what we stand for,” said Robert Combs, category lead for the company’s packaging production services.

Burt’s Bees approaches packaging sustainability at the innovation and design stage. During that phase, designers consider a number of impacts, such as whether design changes will alter how the product gets to the shelf through the distribution system. The company’s recycled content standards are updated every year, Combs said, based on new resin availability, technology and other information.

“It helps, because you can’t have a static standard,” he said. “You have to have guidelines that are living documents.”

The standard includes a list of materials that are acceptable to use, determined by whether they’re harmful to people, the environment or the company’s profit. It also considers the recyclability of the material. There are guidelines for primary packaging, secondary packaging and permanent merchandising.

Combs said technology has advanced to the point where the company can manufacture an attractive, color package for cosmetic products using high levels of PCR, and that product can compete with the other premium brands on the market.

Since 2011, Burt’s Bees has achieved a 37 percent increase in PCR, Combs said. Currently, the company averages 54 percent PCR over all its plastics. Specific to HDPE and PET, its bottles are averaging 71 percent PCR.

Green Toys has used PCR almost since its inception in 2008. PCR came up as an alternative to PLA, a bio-derived plastic initially considered for its products.

Shahram Baradaran, quality and compliance manager at Green Toys, emphasized the importance of quality control and safety in the manufacturing system. Green Toys makes a majority of its products in the San Francisco Bay Area, which ensures “a tight local supply chain.”

With its planned growth in products, Green Toys anticipates a need for additional recycled content streams.

Baradaran noted recycled natural PP would be a valuable material but there isn’t a strong enough supply. It would allow larger products to be produced more easily because it has a higher melt flow, Baradaran said. 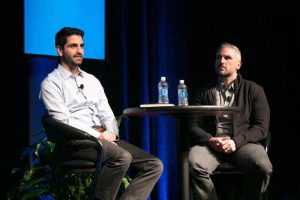 Derek Lawrence, who is in charge of packaging for Burlington, Vt.-based Seventh Generation, said the company has increased its PCR usage to an average of more than 90 percent in the past five years. The company produces an array of products, many in the homecare and personal care spaces.

With many of its packages, the company is closer to 100 percent PCR, but the larger bottles still present a challenge due to technical specifications.

Lawrence said the company has included 50 percent post-consumer PP in its laundry detergent bottle lids for the past few years. It is working toward 100 percent PCR in the lids and spouts of its 50-ounce and 100-ounce bottles. Like Green Toys, Seventh Generation would like to use more post-consumer natural PP, but “that is a challenge,” Lawrence said.

For more sessions detailing the latest in the plastics recycling industry, attend Plastics Recycling 2018, which is set for Feb. 19-21 at the Gaylord Opryland in Nashville, Tennessee.