Q&A: Why Ziploc is pushing its own system of film recovery 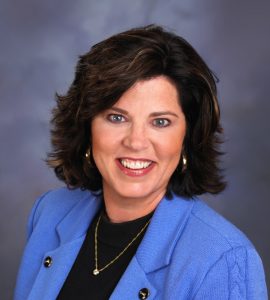 For years, the plastics recycling sector has aimed to keep plastic film out of curbside bins and carts, in an effort to both keep the material clean and avoid the well-documented problems bags and other items cause at recycling facilities.

But one major brand owner says recovery rates through drop-off channels aren’t cutting it – and now the company is aiming to prove that curbside film can in fact be moved all the way into reliable end markets.

SC Johnson announced its pilot project last week, noting it was using a Europe-inspired strategy to recover Ziploc film bags collected curbside and processed at a materials recovery facility. The recovered film is washed, pelletized and used in manufacturing recycled content garbage bags, which the company aims to sell in limited numbers online.

In its release, SC Johnson stated its bags can be collected at 18,000 stores participating in drop-off programs, but that those efforts capture just .2 percent of the bags the company sells.

What specifically led SC Johnson to pursue this project?

Recycling film is very important, [but] in the U.S. today you cannot recycle film. And there’s a lot of very good, high-level virgin resin that needs to find its way back into the recycling stream. So that’s why we did it, because we really would like over time to be able to recycle our Ziploc bags curbside.

And you see curbside as a better strategy than drop-off?

We’re not giving up on store (drop-off sites) at all, but we’ve been doing store for a lot of years, and we haven’t seen a trajectory or growth in that. You don’t want to see your products going into landfill, so it’s incumbent upon us being an environmental leader to push for other solutions.

What equipment and technology is involved?

There are two things in terms of technology. I’ll do MRFs first because I think that’s important. … There is already optical sorting equipment. It separates PET from HDPE, and we’ve begun to see the emergence of the optical sorting technology being able to pick up … flexible packaging and film.

In terms of technology as it relates to the pellets, the pellets can be dark or dirty, and what we found in Europe in several places is that they have developed ways in which they can wash the pellets. The washing has been going on for decades in Europe. So we’re just really making sure we look around the world for solutions that can work here in the United States. We went and found different suppliers that wash, we’ve looked at their technology, we’ve done some pilots, and it’s really exciting.

Inside the MRF, bags can be problematic during the sorting phase. Is that still an issue, or is there technology that’s allowing them to not gum up systems?

I want to go back to optical scanners. The technology is already there, and optical scanning can work on film and flexible packaging. I think we’re going to see that in the next few years really taking hold.

Do you know of any other companies that are working on this, or is Ziploc taking the lead on curbside film recycling testing?

First and foremost, Ziploc is taking the lead. But we also are involved in so many other groups. There’s the Materials Recovery of the Future group, there’s the store drop-off group, there’s all kinds of industry groups that we work with, such as SPI (now the Plastics Industry Association). But what we were excited about is Ziploc is an incredibly well-loved brand with amazing consumer loyalty. And consumers know they can trust that brand to bring them innovation, to bring them solutions. And recycling is something that we want to do, so it does make sense for Ziploc to lead.

Have you come across end market representatives who may be concerned that the quality of material through curbside collection won’t be at the level of retail drop-off sites?

We are doing pilots right now, and we looked at all the standards. We will make sure that any bag that we put in the market will be up to the standards of a trash bag. We’re not going to market this in-store – we’re going to have it for online sale on our website. We’ll probably donate many of the bags as well. But yes, they will be similar to the quality you would find in a garbage bag in the United States.

How far along are you in the process?

The bags have been produced in a pilot, the concept has been proven, and we’re now looking at [potential partners] in the United States as well as in Europe to see who can supply us with the bags. But I believe we’ll have these bags for sale on our website by early 2018.

What are the implications for this project on a wider scale?

Curbside recycling for film and flexible packaging for us is something that we have an aspirational goal to do. Having these materials go to landfill just doesn’t make environmental sense. We’re looking at other [markets] as well – we’re looking at pallets we use in our factory. There’s many different uses for this film to be recycled. Garbage bags are just the beginning. … We are excited. We received a lot of questions from the industry. This is an industry that’s just chock full of entrepreneurs. They’ve come with great ideas, and we just feel we can unlock this over time.