Bag ban roundup: Considered in Vermont and barred in Iowa 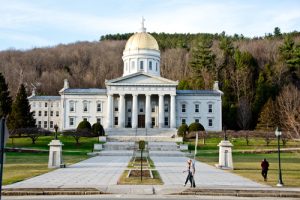 Plastic bags continue to be a focus for state legislatures this year, but actions taken diverge dramatically. Recent movement includes one state aiming to ban plastic bag use, as another prohibits that possibility altogether.

Lawmakers in Iowa have banned local governments from enacting prohibitions on single-use plastic bags. The Des Moines Register reports the measure was included in a wider legislative effort to limit local control over certain issues, and it was signed into law by the state’s governor late last month. Iowa is the eighth state to enact a state preemption on local bag bans, according to the newspaper.

But as Iowa clamps down on bag restrictions, Vermont continues discussing the opposite tactic.

H. 105 would prohibit retail locations around the Green Mountain State from providing single-use carryout bags made of paper or plastic unless they meet certain standards of recycled content and recyclability. Retailers would be allowed to provide reusable or compostable bags to customers, and definitions of both attributes are included in the bill’s language.

The other bag bill, H. 88, would charge consumers 10 cents per disposable bag at all retail establishments. The money would be deposited into the state’s general fund.

The Burlington Free Press recently profiled both legislative efforts, reporting they were spurred by plastic bags contaminating the recycling stream. Many single-use bags can be returned for recycling at grocery stores, but residents still end up trying to recycle them in the curbside system.

Both bills were introduced in January and sent to the House Committee on Natural Resources, Fish and Wildlife. The ban bill has received consistent discussion, whereas the fee-oriented legislation only received an initial hearing when it arrived in committee.