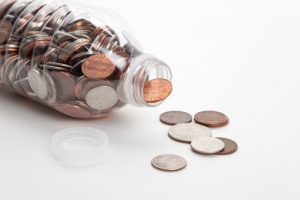 No joke: On April 1, a U.S. state and a Canadian province will implement some big changes to their beverage container deposit programs.

Saskatchewan, meanwhile, will hike some of its deposits. It will also add milk products to its program, making it one of the only North American jurisdictions rope dairy drinks into a deposit program.

In 2009, Alberta, Saskatchewan’s neighbor to the west, added milk containers to its deposit program.

The Oregon and Saskatchewan programs were both first implemented in the early-70s.

Canada’s sixth-most-populous province will add a variety of dairy beverage containers to its program. This includes milk, buttermilk, cream, fluid coffee creamers, lactose-free milk products and drinkable yogurt. It won’t include any concentrates, infant formulas or baking ingredients such as evaporated milk, among others.

According to the Saskatchewan Ministry of Environment, confusion currently exists around which milk product containers have a deposit. For example, fluid milk containers don’t have one, but milk alternative containers do. Products with milk and milk-derivative ingredients may or may not have them.

“This decision will eliminate confusion over what types of beverage containers can be recycled,” Amy McNeil, executive director of Sarcan, the nonprofit group involved in running the province’s deposit system, stated in a press release. “Customers will now have the added convenience of being able to return all ready-to-serve beverage containers to Sarcan for full deposit refunds. The adjustments to the deposit rates will help increase our return rates and divert even more waste from Saskatchewan landfills.”

Population 1.1 million, Saskatchewan has an 86 percent redemption rate. The last time the province increased its deposit was in 1992.

The Beaver State will double its deposit, a change that was mandated by state law because Oregon experienced two consecutive years with sub-80 percent redemption rates.

The 2015 redemption rate was 64.5 percent, and the 2014 rate was 68.3 percent, according to the Oregon Liquor Control Commission (OLCC), state regulators for the redemption program.

The program currently includes a variety of drinks in containers holding three liters or less, including carbonated soft drinks, waters and malt beverages. In 2018, juices, teas, coffees and sport drinks will be added to the program, although wine, liquor and milk drinks will still be excluded.