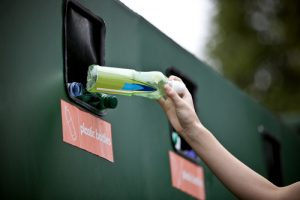 Research in the U.K. shows that uncertainty over recyclability of plastic products continues to prevent higher recovery rates among the general public.

A survey of United Kingdom residents, conducted by research and consulting organization RECOUP (Recycling of Used Plastics) last summer, included both online and in-person components. The surveys were conducted as part of the Pledge 4 Plastics initiative.

The different approaches yielded vastly different answers to some questions.

For instance, respondents during the in-person portion — a group of 300-plus adults and children surveyed at a British shopping center — were practically unanimous in stating that they recycled “all of their plastics.” But the surveyors were quick to note this is likely due to perceived in-person social pressure to respond in the positive. Online respondents — a group of about 2,000 British adults — provided a much different response: More than a third acknowledged at least occasional uncertainty about which plastics are recyclable, preventing them from recycling more often.

Surveyors noted that this was the same top response they received when asking the question in 2014. They concluded it showed a need for more consistent and clear local recovery programs, and increased engagement with the public.

Some respondents expressed frustration with labels that don’t provide a clear message. “Please do not tell me to check local recycling — that means nothing to me,” wrote one surveyee. “Either it can be recycled or it can’t (preferably the former).”

Another wrote: “It often says ‘widely recyclable,’ ‘check your area,’ which puts the onus back on you. Some labels are very specific, which is good, others extremely vague, which isn’t.”

In a change from previous years, respondents found it less acceptable to burn plastics for energy recovery. In 2014, nearly 70 percent of those surveyed found it acceptable to some degree, while the 2016 survey found 53 percent acceptance online and 45 percent in person.

Both in-person and online respondents found it unacceptable to send plastics to a landfill.