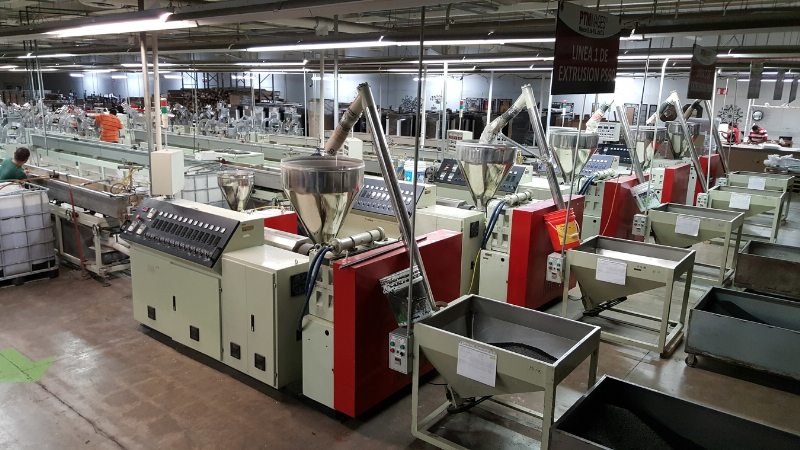 Southern California-based PTM Images has built an operation in Mexico to more efficiently bring recovered polystyrene into items such as picture frames, mirrors and other wall hangings.

CEO Jonathan Bass told Plastics Recycling Update the company is taking in both post-consumer and post-industrial material. Some of the incoming EPS and PS comes from a PTM customer, a nationwide retailer that noticed a lot of polystyrene in its waste stream. “How could we recycle these items they wanted to divert out of a landfill?” Bass said.

The material is collected and taken to a return center in Las Vegas, where it’s then shipped to Mexico. PTM also receives recovered PS cups and other food packaging from Phoenix and Los Angeles.

“In LA it’s very sporadic as to where we can get it because the MRFs aren’t usually handling PS,” Bass said.

He admits the food packaging is more of a challenge to process because of contamination.

“The cups are easier for us to recycle,” he said. “The food residue packaging is more difficult. We do do it, we have to wash it, clean it. It’s a little bit more challenging.”

The company is also processing HIPS that come from electronics plastics, specifically TV refurbishing centers in Mexico and San Diego.

The facility produces pellets and does extrusion on-site. All of PTM’s end products use 90 percent recycled PS and 10 percent virgin PS.

Benefits of staying in North America

Previously, PTM was purchasing PS moulding for frames and other products from China, but the company wanted to scale down its carbon footprint.

“It is more viable to process plastics domestically” instead of moving it, shipping it, processing it, then shipping it back, said Bass. Even though energy costs are dramatically higher in Mexico during the summer, preventing the facility from running 24/7, costs are still more stable than shipping and exporting to Asia.

“There’s no need to ship plastics across the water,” said Bass. “There’s no toxic emission in recycling plastics and we can actually control it better.”

PTM also built much of its own equipment, including the hot melt machines. Bass said he couldn’t find a quality machine that fit the company’s needs.

Bass added the recycling facility allows him to be competitive with operations in China. “We can … utilize our own waste streams, put up our own plants throughout the country and have an integral resurgence in manufacturing by providing the raw materials that we need for manufacturing domestically,” he said.