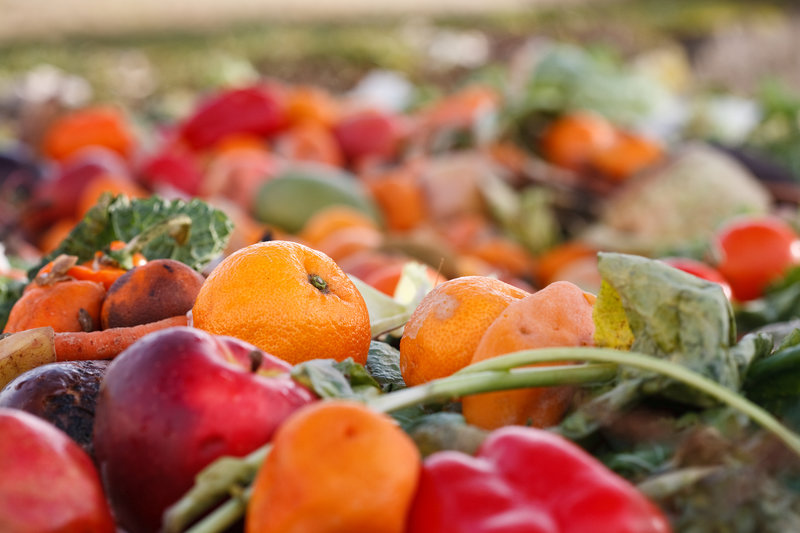 A startup based in Richmond, Calif. is making polyhydroxyalkanoate (PHA) plastic out of organic material. While the innovative process is in the very early stages, the company hopes it makes a major impact on plastics packaging.

PHA plastic was first developed in the 1980s. Traditionally, the feedstock for the material has been corn sugars or seed oil. However, Full Cycle Bioplastics is making PHA with organic discards – things like food scraps, agricultural byproducts and dirty cardboard.

Full Cycle CEO Andrew Falcon said PHA plastic is highly compostable and degradable. He said those facts could help the plastic industry move forward in its fight against marine debris.

“It will compost well in industrial compost environments, but also, in the case of PHAs, if [the plastic materials] end up in a marine environment, they’ll also degrade naturally, leaving no residue,” said Falcon. “The bacteria that produce it are in existence all around the world, very commonly used with wastewater treatment systems.”

Still at the lab level

Currently, Full Cycle is producing PHA on a lab scale only. Full Cycle was established in 2012 and in 2014 received seed funding from investment firm Fifth Season Ventures. Full Cycle is in the process of expanding via a partnership with University of California, Davis, which had extra space and equipment available for use.

Falcon hopes in the next six months Full Cycle will be able to produce 25 to 50 pounds of PHA a day. The polymer could have a wide range of product and packaging applications.

“You can injection-mold it, you can extrude it, you can thermoform it, it’s been blown into films, it can be used for compostable bags, it could be used for disposable cutlery and rigid food packaging,” Falcon said. “The potential is there to recover and reuse and recapture more of the value from the plastics industry, which to this point, has not recaptured, recovered or reutilized value in the same way metals or paper have.”

On the end-of-life front, Falcon said the ideal situation would be one in which a network of facilities would exist to take in used PHA products. The material would be broken down and turned into new PHA.

If one of those facilities isn’t available, he added, the PHA product should be sent into the organics collection stream, not mixed with recyclable plastics. He also said products would decompose naturally in landfills.

Food companies could close the loop

Falcon said the Full Cycle biorefining process can be used by food processors and other food scrap generators to help them turn a waste product into a valuable material. He cited Taylor Farms, a vegetable processor and bagged-salad retailer based in Salinas, Calif., as an example.

“They could take their own agriculture food waste from their manufacturing process, convert it into PHA biopolymer and then have that PHA biopolymer used to make a bag that they could sell their lettuce in on the retail shelf,” Falcon said. He added Full Cycle also plans to work with haulers to take their organic material.

PHA has not been commercially produced, largely due to high costs. Crop-based PHA can cost up to four times more than petro-based plastics, said Falcon, making it unattractive to packagers and manufacturers. He said his operation has a long way to go before its product is available, but he thinks Full Cycle’s PHA can be cost-competitive because of the low cost feedstock and a less intense refining process.

In very simple terms, here’s how the process works: the organic waste gets broken down and consumed by bacteria, which naturally produce PHA. Falcon said Full Cycle has a way to manipulate the bacteria so each cell mass resulting from the process is primarily PHA. At that point, the cell is ready to be used in compounds or extracted to produce a resin with more clarity. It can also be manipulated to create other polymers in the PHA family.

“It can either complement or replace sort of a broad spectrum of petro-based products,” said Falcon.