Notes From the Field: A stadium that champions sustainability 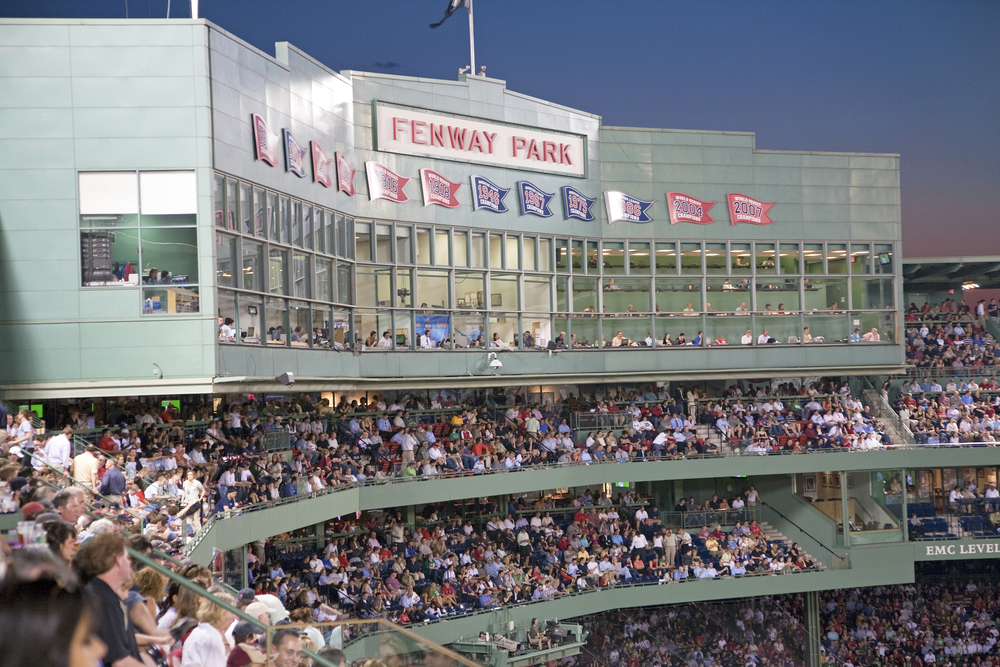 In mid-July, a landmark pilot effort sorted out plastic bottles and other recyclables from waste generated by attendees of a string of classic rock concerts held at Boston’s beloved Fenway Park.

Fenway is the longtime home of Boston Red Sox, and recently it’s been a unique spot for summer music.

Dead & Company lit up Fenway July 15 and 16, and that was followed by a Paul McCartney show at the ballpark on July 17. Behind the scenes that weekend, representatives from the Red Sox, Aramark and Waste Management formed their own kind of band – one aimed at lifting waste diversion.

It all added up to another win for the locals at Fenway. Over 3,400 pounds of trash were manually sorted, equating to a 60 percent waste diversion rate at the event.

“The Red Sox are very proud of the results of this pilot project and the many other initiatives we’ve undertaken to help us achieve our sustainability goals,” said Jonathan Lister, Boston Red Sox senior director of facilities management.

Building on past efforts

For over 10 years, Waste Management (WM) has managed all waste services for the Red Sox and, in 2011, enhanced support when WM rolled out its Total Recycle Program (TRP), which is dedicated to assisting customers with reducing their environmental impact.

Last year, in collaboration with Aramark, TRP expanded single-stream recycling inside of the park and implemented organics separation throughout the suites, bestowing the Red Sox with the coveted statewide Recycler of the Year award from MassRecycle.

For the 2016 baseball season, WM TRP was seeking to move the bar a few notches higher via an unparalleled effort in the industry: manually sorting trash following games and events in order to analyze the amount of recyclables not captured within the existing recycling infrastructure.

Once filled, carts were individually weighed using an industrial scale. Then cart contents were emptied into compactors. Emptied carts were returned and continuously filled for the duration of the pilot project.

Waste composition analysis showed 19.3 percent of the trash sorted was polyethylene bottles. In addition, food waste accounted for 18.5 percent, and plastic cups (polypropylene and polyethylene) made up 13.6 percent. Those three material categories were the top three commodities recovered from the trash.

Additionally, it was found 30 to 40 percent of the discarded plastic bottles held liquids inside. The act of unscrewing the lids and dumping liquids proved highly beneficial, as that liquid component accounted for over 500 pounds of waste..

Twitter provided the main social media platform for fans and industry stakeholders to interact with the effort. 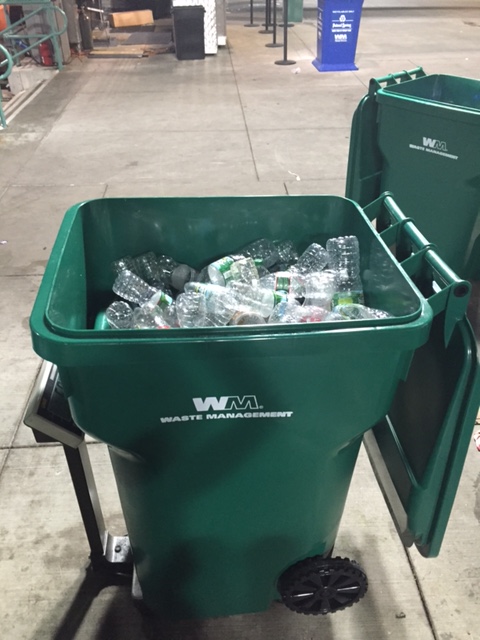 As the waste sort was conducted, tweets updated followers with artist-based Recyclables Recovery Challenges. Messages also included some fun rephrasing of classic Paul McCartney song titles – “Live and Let Recycle” and “Back in the US w/SSR,” for example.

Retail gift cards served as an incentive to spark participation by Aramark staff, and captains were featured in a video illustrating the WM outreach campaign, “Recycle Often. Recycle Right.” Even the Red Sox mascots, Tessie and Wally, joined the diversion fun for a tweet.

Venues are increasingly striving toward greener pastures despite the challenging logistics that come with thousands of fans streaming in and out for a sporting event or rock show. “With such constraints, post-event waste sorting is an unprecedented solution to capture more recyclables from trash for venues such as Fenway Park that are serious about materials management and resource efficiency related to sustainability subjects,” stated Guiney.

Join the post-event waste sorting conversation on Twitter by following @michellelee2011 and #wastesort16.

Michelle Lee Guiney is Total Recycling Program Manager for Waste Management of New England and Upstate New York. She can be contacted at [email protected].