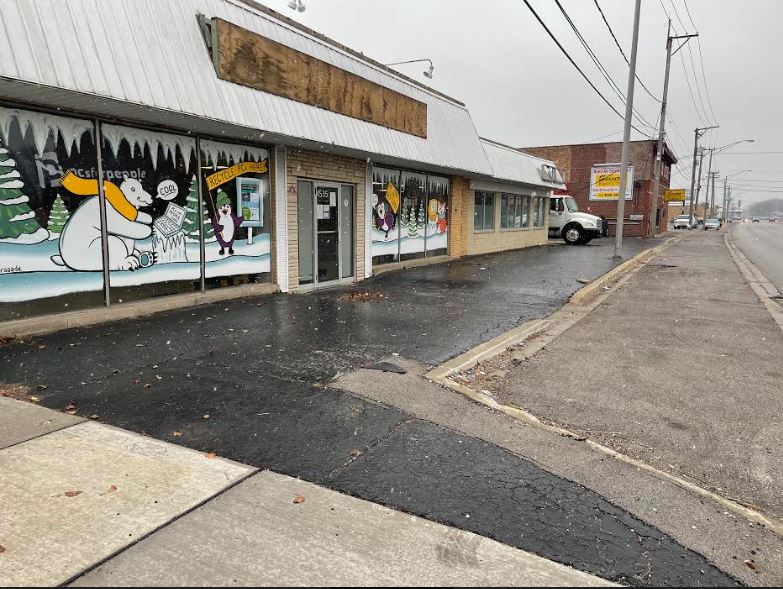 PCs for People has collected nearly 1,000 computers from the Cook County area in the last year. | Courtesy of PCs for People

PCs for People has opened a permanent home in the Chicagoland area, allowing the nonprofit electronics processor to better address the region’s gaping digital divide.

The electronics reuse, refurbishment and recycling organization held a grand opening for its 9,500-square-foot location in Oak Lawn, Ill. on Dec. 22. It’s the newest facility for the St. Paul, Minn.-based nonprofit, which now has nine locations around the country.

In an interview with E-Scrap News, Erin Sherwood and Loren Williams from PCs for People explained that the organization entered the Chicagoland market with assistance from public agencies working to bridge the digital divide.

Before the opening of the permanent location, Sherwood, managing director of PCs for People Illinois, said the Cook County Bureau of Economic Development provided PCs for People with low-cost, temporary space and the former Oak Forest Hospital, which is also in Chicago’s southern suburbs.

“They provided that for a very discounted rate. It was an agreement for a year to help us get up and running in the state of Illinois and to serve Cook County,” Sherwood said.

“That’s how we got started [in the Chicago area] while we were still looking for retail space,” she added.

Williams, an account executive of ITAD/sourcing at PCs for People, said the need to work and study from home during the pandemic exposed the scale of the digital divide in Illinois, with an estimated 1.1 million Prairie State households lacking computer access.

Incidentally, Williams, who previously bought and sold computer equipment for large for-profit companies, first learned about – and later sought employment at – PCs for People when Gov. JB Pritzker held a press conference in 2020 to announce a partnership with the company, as part of a state and Cook County effort to address the digital divide, Williams said.

PCs for People’s first Illinois location was in Belleville, which opened in late 2020. Six months later, the temporary space in the Chicago area opened.

Sherwood estimated that the new Oak Lawn facility will process about half a million pounds of electronics this year. The location has 11 employees.

Lots of laptops coming in the door

So far, Williams and Sherwood noted, the Oak Lawn facility has seen a particularly large number of laptop computers, compared with other PCs for People locations.

“We do seem to receive more laptops, which has been great because we do service a lot of folks who are students or working professionals who want that ability to be moving and mobile with their device,” Sherwood said.

As an explanation for the large number of laptops, Williams pointed to devices coming from the concentration of businesses in the urban downtown area that issue their employees laptops, rather than desktops, because of space constraints and portability requirements that pre-date the pandemic.

Cook County, which is the second most populous county in the U.S. (after Los Angeles County), has supported PCs for People in a number of ways. In addition to providing a temporary home in the area, the county has sponsored computer donations to low-income residents. The commissioners in October 2021 approved a resolution enabling all Cook County departments and offices to donate their used computers to PCs for People.

Williams said that, in the last year, PCs for People has collected nearly 1,000 computers from Cook County entities.