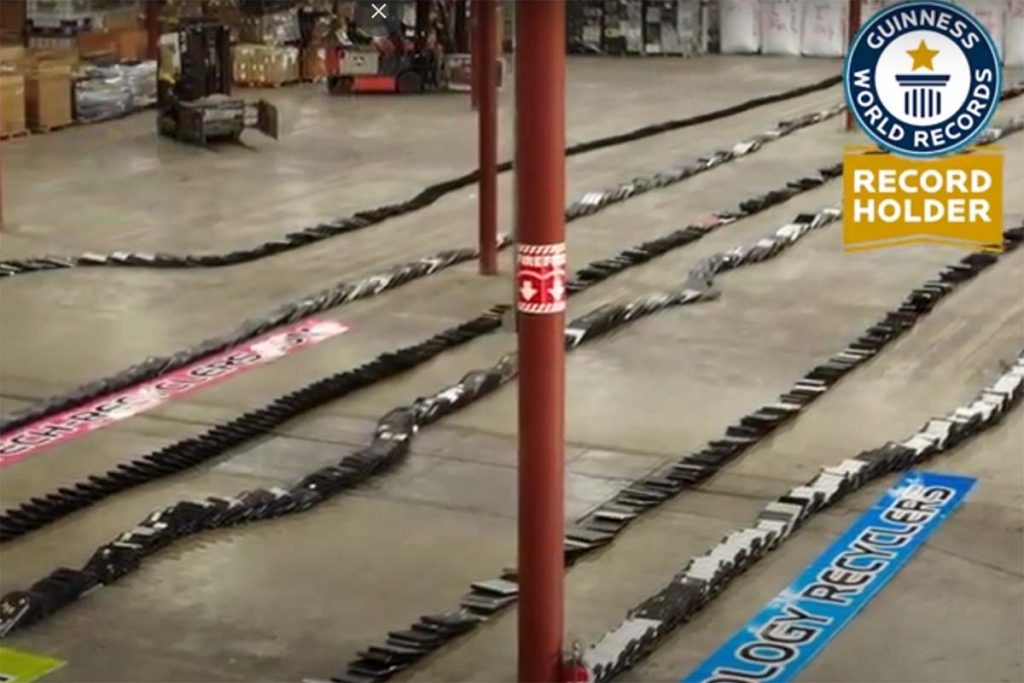 A Midwest electronics recycling company has set a new world high mark when it comes to knocking down laptops in a domino fashion (yes, such a record exists).

Technology Recyclers of Indianapolis has set a Guinness World Record by toppling 2,910 laptops at the company headquarters on May 13, beating the prior record of 520 laptops, according to a press release.

“We want this record breaking to be a fun way of emphasizing the importance of recycling electronic waste through safe, ethical, certified data destruction on all devices to the community, just as we do for our business clients,” company partner Dale Needleman stated in the release.

The chain of computers snaked through the company’s Indianapolis warehouse. A Technology Recyclers video shows that, in the course of it, the line of laptops cut left to avoid a seemingly life-size alligator statue on the warehouse floor. In an email to E-Scrap News, Needleman described the alligator as a “team mascot” and said it was located near the previous record of 520 laptops.

Speaking of the previous record, it was held by computer manufacturer Lenovo, Needleman said. Additionally, there was an unofficial record of 750 that was not counted by Guinness, he wrote.

To attempt the feat, the company stocked up on laptops starting about six months prior to the record-setting attempt. The toppling was a private event, but a Guinness World Record officiant was present to witness the toppling.

The laptops were ultimately recycled.