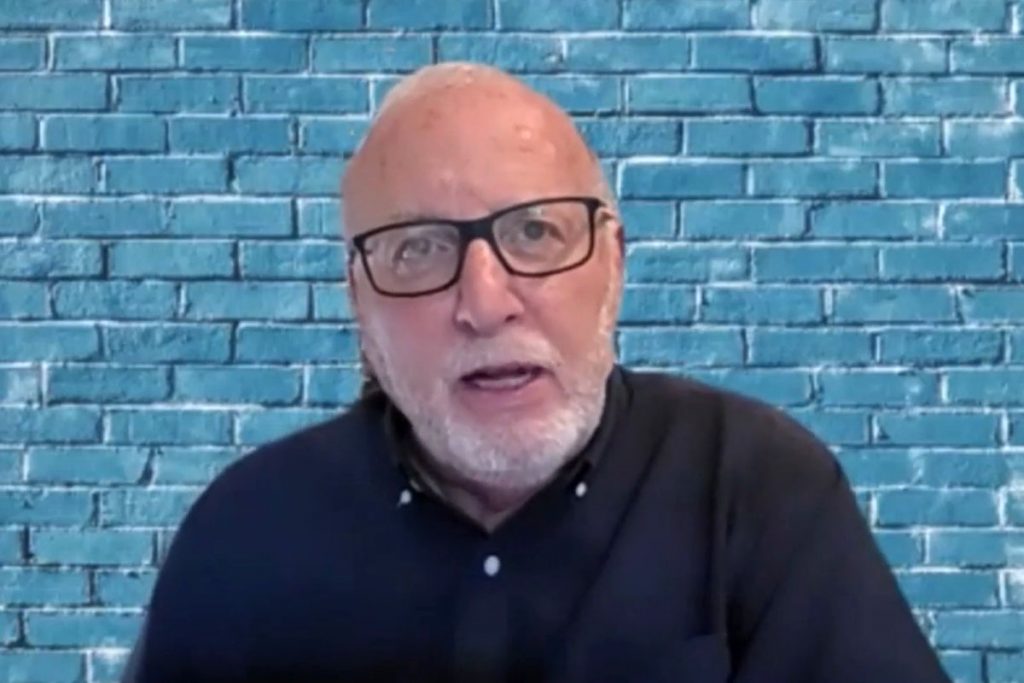 Bill Morris of Blue Star Recyclers, which today has 52 employees, 48 of whom have a diagnosed disability. | Screenshot of online presentation.

In today’s labor market, companies may only dream about having less than 10% employee turnover and little to no absenteeism in their more-repetitive jobs. But data demonstrates those are some of the advantages of employing adults with disabilities.

A session at the E-Scrap and E-Reuse 2021 Conference explored the benefits of hiring people with disabilities, an often-overlooked population, with speakers focusing on e-Stewards’ ADVANCE+ program.

Vaské, co-founder and president of Sage, said employees whom Sage employs through the ADVANCE+ program are thriving in Sage’s systems-building business, which involves technical, repetitive steps that are part of assembling and configuring PCs. Many other employees find it tedious work, she said.

“Whereas this workforce is very happy to do it,” she said. “They are thrilled with their results. It’s a numbers game in most cases, and they love hitting their numbers.”

Morris, co-founder of Colorado-based electronics recycling company Blue Star Recyclers and a social impact consultant to e-Stewards, said that in 2008 he observed a group of men with development and intellectual disabilities participating in a program through which they took apart electronics as unpaid volunteer work experience. They were very good at the task, yet none had had any kind of paying job before. That’s common in a population facing around 80% unemployment/underemployment.

That year, with the help of a Denver recycler, he started a paid employment program for them, which had a positive impact on every aspect of their life, Morris said. The following year, in 2009, they launched Blue Star, which today has 52 employees, 48 of whom have a diagnosed disability.

Morris said Blue Star tracked their occupational data from 2009 to 2019, “and we were blown away by the data that came back. We had essentially no absenteeism. We had less than 10% annual turnover. We averaged about one lost-time accident annually.”

In 2015, a third-party researcher observed the staff for three months and recorded that they were 98.43% task-engaged on the clock, about twice that of the average American employee, he said.

Morris shared the learnings with e-Stewards, which decided to hold its 2019 meeting in Colorado in June. During the event, Blue Star gave tours to a number of recyclers, who later expressed interest in also hiring people with disabilities, he said.

To help launch ADVANCE+, the Mitsubishi Electric America Foundation, along with the Smith Charitable Trust, provided funding for 90% of the costs of training in 2020 and 2021 by James Emmett and Co., a for-profit company that specializes in workforce inclusion training. Earlier, in 2017, Mitsubishi Electric America Foundation had provided Blue Star with a grant to help it expand.

Today, nine facilities have completed the training, and others are in the process of completing it. In total, they employ 27 people with disabilities, with another 24 in the pipeline to be interviewed.

According to e-Stewards, grant subsidy funding for 2022 isn’t secured yet, but the group is in the process of approaching a few foundations connected to e-Stewards’ large enterprise members. In an email, Morris said the program will continue into 2022 with another cohort of recyclers.

“Of course, the current need for an alternate workforce is tremendous,” said Cox, a corporate disability consultant at James Emmett and Co.

Cox noted that labor market factors have helped drive business for his company, which has close to tripled in size this year. His company presents a solid business case to employers: People with disabilities have less turnover, fewer accidents, miss fewer days of work and are more productive, he said.

And accommodating them can yield benefits for everyone, he said. For example, an employer may install lights that shine out on the front and back of forklifts, allowing deaf employees who can’t hear the beeps to safely work on the plant floor. That also improves safety for other employees wearing hearing protection in the noisy environment.

Adams, vice president of finance and operations for ITAD company Sipi Asset Recovery, noted that one of his granddaughters has Down Syndrome, “so it does ring close to home for me.” Even before joining ADVANCE+, Sipi was working with a couple of local agencies to hire special needs people, he said.

Today, about one-fifth of the company’s workforce has been staffed through James Emmett and Co. and the legacy service providers, he said. Sipi has found the workforce is reliable and has consistent attendance, and their inclusion has brought everyone on staff closer together, he said.

Sipi has also expanded the diversity of its disabled inclusion program, hiring people with physical disabilities such as those who are wheelchair bound or visually impaired, he said.

For 2022, his objective is to expand the program to all of Sipi’s facilities around the world, he said, adding that he’d love to see 50% penetration into the company’s operational labor.

Vaské said Sage has always aspired to be a diverse company that hires people from all walks of life, but this particular employee pool didn’t come to her attention until she visited Blue Star during the 2019 e-Stewards summit.

“I came back from that summit saying ‘this has got to be something that we can do also,'” she said.

Around the same time, she met a Honda executive named Rick Schostek, who wrote a book “What Happens Next?” about the experience of his son, Greg, who has autism and struggled to find workplaces willing to accommodate him. Greg Schostek has now worked for Sage for almost two years, and he loves what he does, he said. Greg Schostek is one of Sage’s six employees hired through the program.

Vaské said she’d like to hire more people like Greg, who is very non-communicative and harder to place in jobs as a result.

Overall, Sage wants to grow the percentage of its workforce that is made up of people with disabilities, she said. Off-hand, she estimated the company could aim for a target of 5-8% of its workforce in 2022.

“We think it’s been a tremendous success and look to grow it substantially more than we are today, and reap the benefits not only of this high-retention employee base but making a difference in the world in a way that we hadn’t made a difference before,” she said.