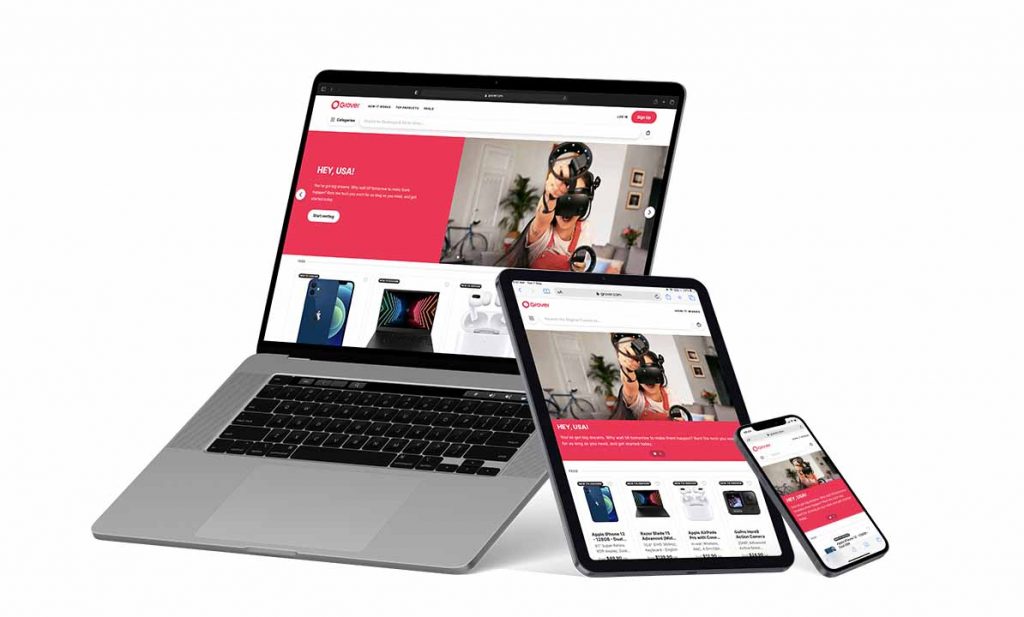 Grover’s expansion to the U.S. comes shortly after news that it received $1 billion from a variety of investors. | Courtesy of Grover

“With its launch in the U.S., Grover aims to fuel its consumer growth and make electronic devices accessible and affordable while also helping tackle the world’s e-waste problem,” the company stated in a release.

Based in Europe, Grover offers rentals of a wide range of consumer technology, including smartphones, gaming devices, cameras, computer components and more. The company has been focused on the European market since its launch in 2015.

In August, the company announced it received $1 billion from a variety of investors. The company at the time said that money would help drive its international expansion. Now, Grover says it will bring its service to U.S. consumers.

The device leasing market trend is notable for electronics processors. Once a device leased through Grover reaches the end of its useful life, it is sent back to the company, putting devices into the hands of one company, rather than millions of individual consumers. That could represent an opportunity for greater device capture.

Grover also bills itself as a champion of device reuse. The company says it “reduces product under-use by recirculating devices on an average of four to five times,” according to the recent release.

The company reported a revenue increase of 150% during 2020.

Grover tapped a former Uber executive to serve as general manager for the U.S. division.