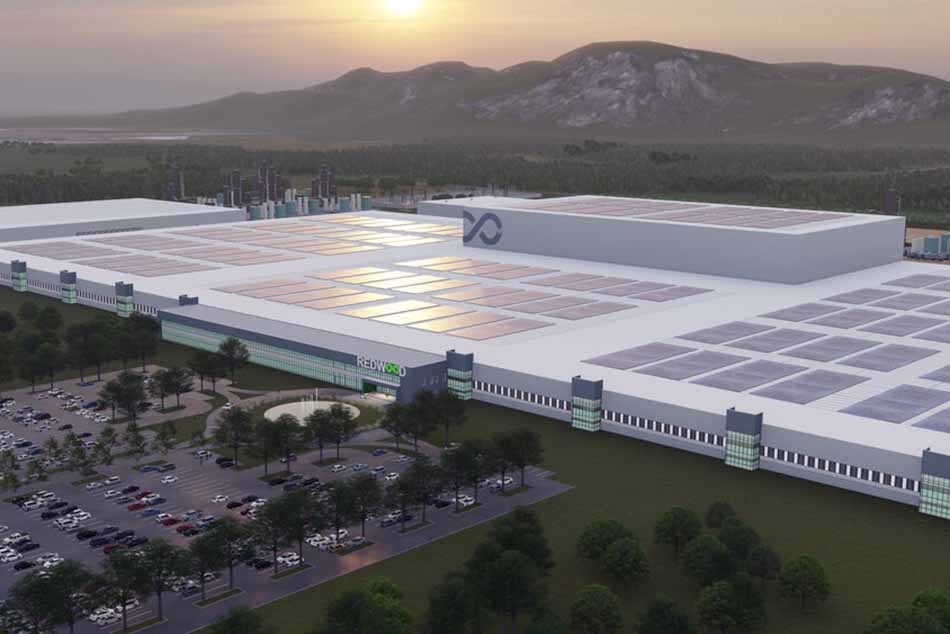 Redwood will announce the site of the company’s U.S. battery manufacturing facility early next year. | Courtesy of Redwood Materials

The Carson City, Nev.-headquartered company, which recycles batteries from electronics, on Sept. 14 said it will announce the site of a U.S. battery manufacturing facility early next year. The plant will use materials processed at Redwood’s in-progress battery recycling sites, and it will produce cathode active materials and anode foil. These are key materials in electric vehicle production.

“These two products will become a closed loop and re-use all of the critical lithium, copper, nickel and cobalt that we already recover from old batteries,” Redwood Materials stated in a release. The news follows a recent announcement that Redwood received more than $700 million in investment funding. Bloomberg News this week reported the battery production plant will carry a budget of more than $1 billion.

Redwood, which was founded and is led by former Tesla executive J.B. Straubel, plans to source batteries from electric vehicles for recycling. But electric vehicle batteries currently make up less than 10% of the company’s recycling input, Redwood told Bloomberg this week.

In the meantime, the company is using batteries from e-scrap. The company recently signed an agreement with ERI to receive batteries from the e-scrap processor, and, according to Bloomberg, it also receives batteries from all mobile phones and laptops collected by Best Buy.

“While companies wait for the first big wave of electric vehicles to reach retirement, consumer electronics provide a surprisingly effective substitute,” Bloomberg reported. “For example, batteries from consumer electronics contain considerably higher levels of cobalt, one of the most expensive and controversial inputs for batteries.”

Redwood’s Straubel told the publication there is enough cobalt in e-scrap that the company will “always produce more from recycling than it needs for manufacturing.”