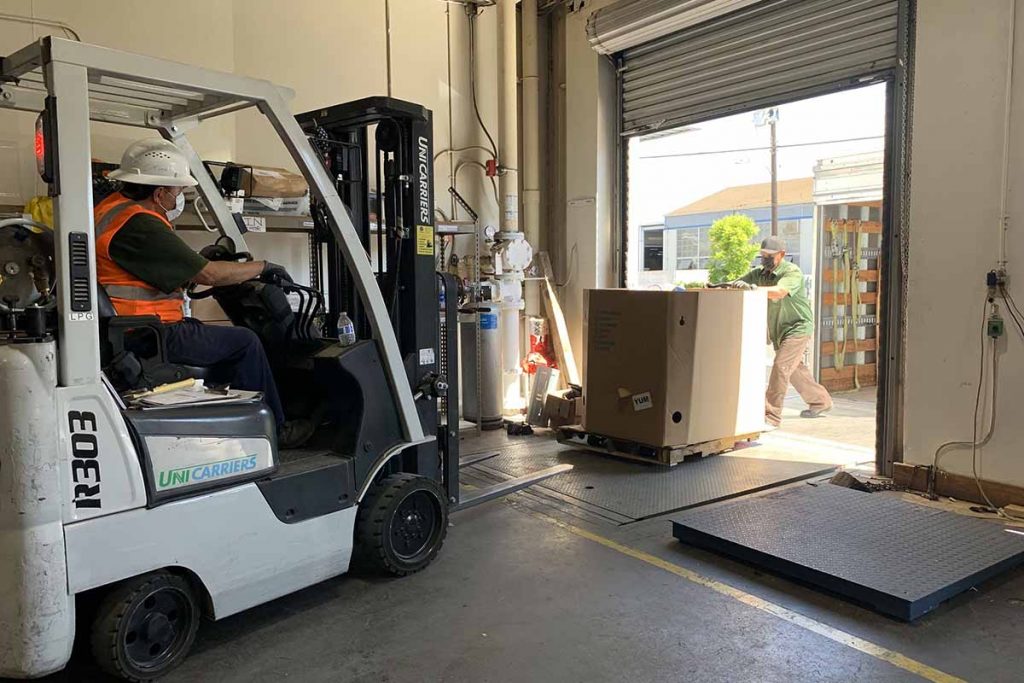 Homeboy is consolidating two facilities into a leased 30,000-square-foot location in Commerce, Calif. | Courtesy of Homeboy.

An expansion project at Homeboy Electronics Recycling will allow the Los Angeles-area processor to substantially boost its ITAD and device reuse activity.

Leaders at the for-profit social enterprise described how the company, which is still comparatively small, is growing its abilities to serve new market demands. Much of that growth is enabled by the recent move to a larger facility.

“We just feel so much more advanced than when I first started with the company,” said Ana Pacheco, the company’s quality assurance manager, who started at the company five years ago. “This new facility is just giving us so many opportunities to really keep expanding. I feel like the sky’s the limit for us.”

Founded in 2011 by Kabira Stokes as Isidore Electronics Recycling, the company was purchased by nonprofit group Homeboy Industries in 2016. Homeboy provides gang rehabilitation and re-entry programs. Homeboy clients, who would otherwise have a hard time getting a job because of their criminal records, are able to work as Homeboy Electronics Recycling trainees before getting hired as full-time employees.

Chris Zwicke, who took over as CEO of Homeboy Electronics Recycling last year when Stokes left to become CEO of Curb My Clutter (now Retrievr), said Homeboy is consolidating two facilities into a leased 30,000-square-foot location in Commerce, Calif., in the L.A. area. The combined size of the two old facilities was 21,000 square feet, although much of that was storage and wasn’t very functional, Zwicke said. The move, which started this spring, is 95% complete, he estimated.

The larger space is allowing Homeboy to boost its capabilities in both dismantling and ITAD/reuse, but particularly the latter, Zwicke said. Additional work stations are providing the ability to process more computers, networking equipment, audio/visual equipment, mobile phones and other devices for reuse. That area is a strategic growth priority for Homeboy, he said.

The larger space also let’s Homeboy provide other services that are currently in demand.

“In the new facility, we can finally say ‘yes’ to some of our clients who are asking us to do depot services for them,” Zwicke said.

Because of labor market difficulties stemming from the pandemic, some e-scrap companies are looking to buy equipment to help them reduce headcounts. But Homeboy wants more labor, because it’s central to its social mission of job creation, Zwicke noted. The company currently has about 25 full-time positions, Zwicke said, and the number may rise to 30 by the end of 2021.

“We’ve been investing in equipment that complements, facilitates and enhances a manual dismantling process on the end-of-life side, rather than displaces it like a shredding system,” he noted.