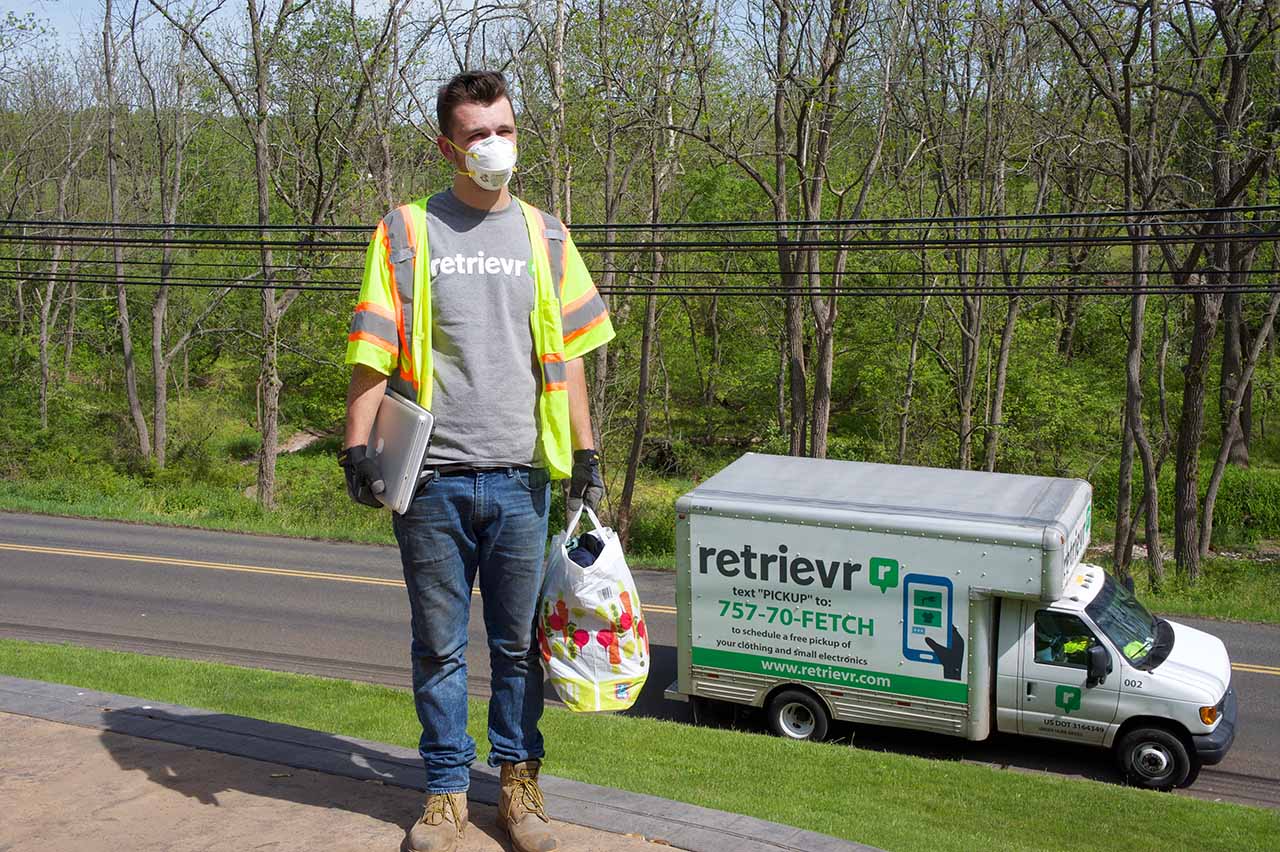 A Retrievr employee collects a laptop and textiles from a home in Pennsylvania. | Courtesy of Retrievr

Retrievr will begin collecting scrap electronics from the porches of Philadelphia homes, after city officials selected the company to participate in the pilot project.

The company, which rebranded from Curb My Clutter last fall, allows residents to book appointments to have their devices or textiles picked up outside their front doors. The company collects a range of electronics for free but charges residents a fee for CRT TVs and monitors, as well as certain appliances.

Retrievr serves a number of communities in Pennsylvania and New Jersey. With the addition of Philadelphia’s 590,000 households, Retrievr now serves over 1.2 million households in the Philadelphia area, said Bob Anderson, the company’s vice president of business development.

Philadelphia officials announced the company was the first to be selected under the city’s Pitch & Pilot program, which seeks to support private-sector companies using technology to solve city challenges. Selected out of two dozen applicants, Retrievr will help reduce disposal of clothing and electronics, which together make up about 10% of the city’s waste stream.

In a press release, Retrievr noted the doorstep collection program, where no face-to-face contact is required, is particularly important during the coronavirus pandemic.

As of May 12, Retrievr is led by CEO Kabira Stokes, who founded the Los Angeles e-scrap processor Isidore Electronics Recycling, now Homeboy Recycling. She was recruited for the position by Ron Gonen, who is co-founder and CEO of Closed Loop Partners, a group that invests corporate money in the U.S. recycling system. Closed Loop Partners first invested in Retrievr in early 2017, as it was starting up.

Stokes, who remains on the board for Homeboy Recycling, said she was drawn to Retrievr because its collection strategy helps boost the recycling rate for household electronics.

“I do think this is the only way to move the needle and, in general, the overall recycling rate for these hard-to-recycle items,” she said.

Anderson noted the company is now working with the city and potential partners to get reusable electronics collected by Retrievr into the hands of people who would otherwise be unable to afford them.

Stokes said the Comcast CEO and his wife donated $5 million to help the Philadelphia School District buy Chromebooks for students so they could study from home during the school closures, but there are still many other households in the city in need of computers.