A ‘true pioneer’ of refurb retires 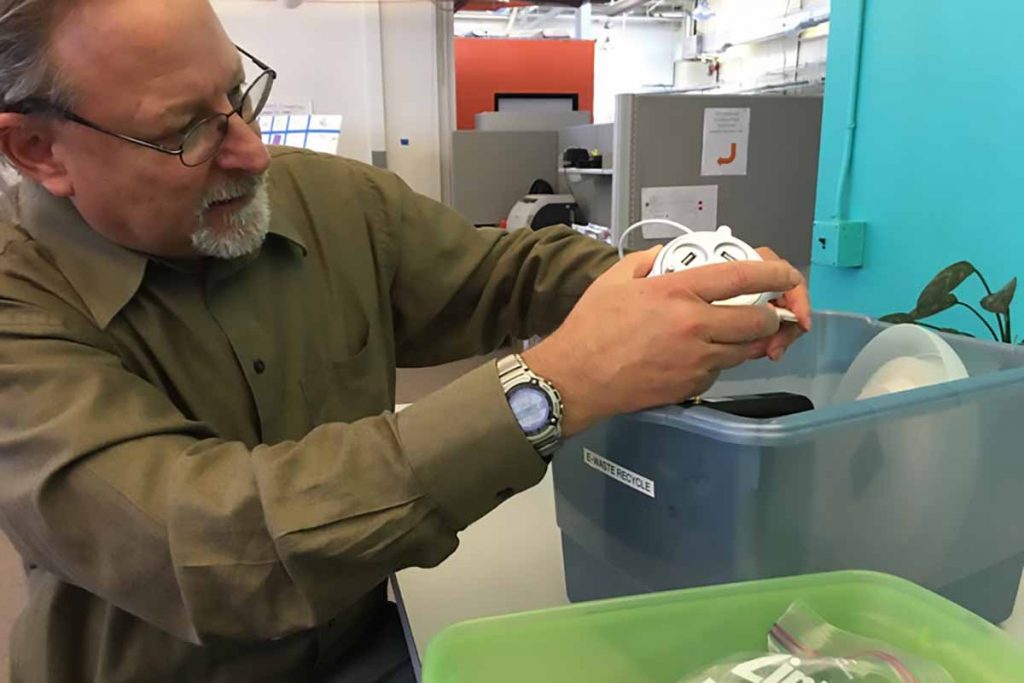 Jim Lynch organizing discarded electronics at the TechSoup offices in San Francisco in 2016.

Before Jim Lynch was at the center of the IT refurb sector, he was well-known to the San Francisco Bay Area homeless population. Mainly because he was the guy who could get you a free Big Mac.

Lynch in the 1980s was employed as a social worker in Berkeley, Calif., helping people on the margins of society gain access to education. And to draw individuals to his program site, Lynch struck donation deals with many different fast-food establishments in the area. The lure of a greasy meal at no cost was enough to bring in people from miles around, at which point Lynch and his colleagues could help them access critical services.

On June 30, Lynch’s formal career serving others came to a close when he retired from TechSoup, an organization that connects nonprofit groups with technology services and, thanks to a program Lynch launched, refurbished equipment.

Lynch started working at TechSoup in 1996, and several years later, he began building up the group’s refurbished hardware division, which today coordinates with five different refurb partners and distributed nearly 21,000 units to nonprofit organizations and institutions in 2020.

“I told him to put that feather in his environmental cap,” said Keli Sullivan, TechSoup’s senior program manager for refurbished hardware. “The program helps so many nonprofits and those help so many people. It ripples out.” 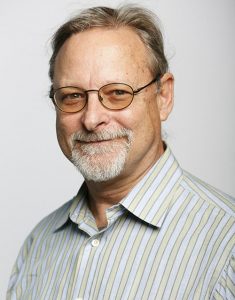 Lynch’s impact on IT repair and bridging the digital divide globally has rippled out in a number of other ways, including the development of software licensing for refurbished computers, events that have coordinated the industry, and more.

“He’s one of the true pioneers of the nonprofit refurbisher sector,” said Matt Young, president of Baltimore-based processor Electronics Value Recovery. “At the genesis of the industry, refurbishers were popping up in a lot of places, but Jim Lynch was the one that gave them all a voice and platform.”

A critical moment in the electronics refurb sector’s development was the creation of the Microsoft Authorized Refurbisher program, which launched around the turn of the millenium. Lynch was instrumental in getting it off the ground.

He worked closely with Microsoft executives to envision a system through which nonprofit refurbishers could access licenses for Microsoft Windows at a steep discount. The program, which was initially administered through TechSoup, was later expanded to allow for-profit refurb companies to also access Windows licensing at affordable rates.

Lynch said the MAR system allowed computer refurbishers to “come out of the shadows,” and he noted the importance of the concept was first made clear to him years earlier by Ted Smith, the founder of the Silicon Valley Toxics Coalition.

“He said that if there was a way to get legal software on this equipment, that would be the best thing to do in this life,” Lynch recalled. “I kind of took that to heart.”

Lynch said he tried at different points to get a similar initiative going with Apple and its OS software, but he was never able to gain traction with the tech giant. He said Apple has seemingly allowed its software to be used on refurbished equipment in certain cases, but it’s done so through non-enforcement of licensing regulations as opposed to use of a formal program like MAR.

“It’s kind of a wink-and-nod type thing, but it’s still not clear what you can do,” he said in reference to Apple’s policies. “That part baffles me.”

Into the event realm

Lynch said the initial objective of the event was to ensure that refurbished equipment being put on the market hit certain quality thresholds. “The goal was to meet or exceed the fail rates of new equipment, which are actually pretty high,” said Lynch.

Lynch also coordinated stakeholders internationally, organizing a Microsoft-sponsored electronics recycling event in South Africa in 2013. It attracted attendees from roughly 20 African countries, Lynch said, and was the first time repair and recycling experts from across the continent were able to join together in one spot.

“That was just spectacular,” said Lynch. “There was so much innovation among people who found a way to take broken down stuff and make something else out of it.”

Lynch also recalls the event brought about one of the most stressful moments of his career. He was on the hook to pay for the gathering’s logistics, but once in South Africa, his bank froze his account.

By keeping himself collected (and getting some assistance from his wife), Lynch navigated the situation. It was just another hurdle in a career full of them.

Daniel Ben-Horin, the founder of TechSoup, noted that as the world of IT reuse and repair has developed, it has in many ways become more complex. It has required someone with Lynch’s unique combination of skills to bring the pieces together.

“Lots of people were running around saying, ‘Digital divide! Usable computers being thrown away! Just get them to poor people and the problem is solved!'” said Ben-Horin. “But, of course, it was way more complicated than that. There were so many different interests involved and issues social, political, financial and environmental. There had to be someone with infinite patience and goodwill and well-earned trust to step-by-step resolve obstacles so we could move on to the next obstacle. That was Jim.”

Lynch, who lives in a rural area in the mountains of central Arizona, said he is not entirely sure how he’ll spend his retirement years. “I’ll probably have to soul-search,” he noted.

But he wouldn’t rule out working part-time or volunteering at a local refurb shop.

Such a move would make sense for someone who has spent more than five decades finding creative ways to help social and environmental causes – and making lots of strong connections along the way.

“The most wonderful thing has just been to hang out and be friends with ‘garage recyclers,'” he said. “They’re so smart, just always pulling something out of the pile and asking, ‘What’s this?’ It’s just unbelievably interesting to me.”