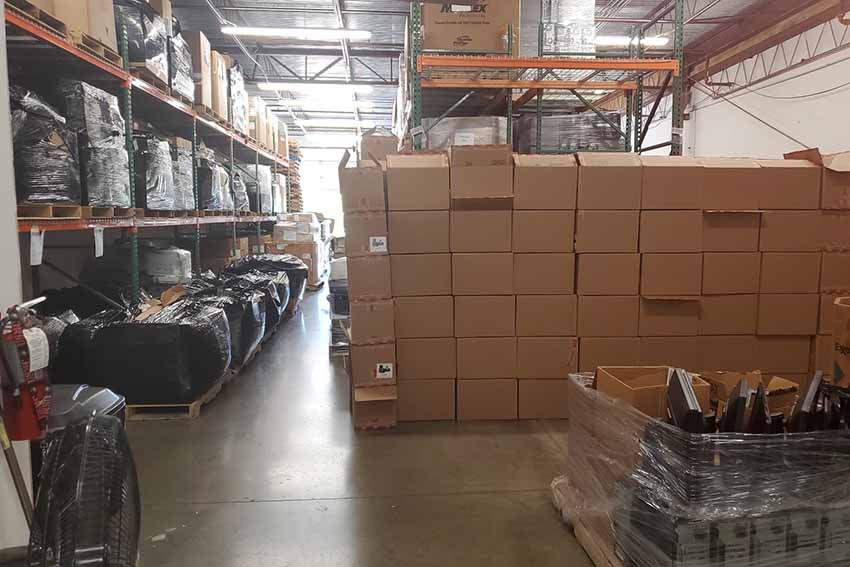 Strong demand for used electronics is helping to drive growth for a reuse-focused Texas processor.

In an interview, Michael Schuler, president and CEO of Veterans Alliance Resourcing (VAR), explained that the COVID-19 pandemic has cut the company’s ITAD business roughly in half, “mainly because of the fact that a lot of our IT departments are gone, a lot of the refreshing programs have come to a screeching halt.”

“But our remarketing and our contract work has gone up dramatically,” he said.

Schuler is both a veteran of the Marine Corps and of the used electronics business, with four decades of experience selling assets at a number of companies. Some of his roles have had him engaging with major electronics OEMs.

Schuler first founded VAR as an aftermarket services consulting and sales rep firm in 2013, but the company fell inactive for a couple of years because Schuler took jobs at other companies. In January 2018, Schuler and Russell Joly relaunched VAR as an ITAD and electronics remarketing company.

Joly is chief operating officer of VAR and also has decades of experience in product remarketing, including leading Radio Shack’s service division.

Since the re-launch, VAR, a certified service-disabled veteran-owned small business, has grown fast. With 400% revenue growth from 2018 to 2020, VAR plans to apply to be listed on the Inc. magazine list of the fastest-growing privately owned companies this year, Schuler said.

It is also in the final stages of achieving its R2V3 certification, Schuler said.

Hot used electronics markets amid COVID-19 have helped boost business for a large swath of the industry. The same goes for VAR, which sells used electronics on behalf of managed service providers, retailers, electronics recycling companies and others.

“The thing that’s really made [2020] a success is our equipment remarketing services,” Schuler said.

Because he’s cultivated numerous used electronics wholesale channels over four decades, Schuler said VAR’s remarketing services can sell devices and yield higher net value recovery for clients than the clients are often able to achieve through their own remarketing departments, even after VAR takes a 20% seller’s service fee.

He said he sees companies sell $1 million worth of product and generate only $100,000 for a client. “That, to me, is criminal, and unfortunately it happens a lot,” he said.

With six employees, VAR handles a wide variety of types of electronic devices. In terms of computers (PCs, laptops and tablets), VAR handles about 50,000 units a year.

Resold devices include fully functional but C- or D-Grade material that others wouldn’t be able to sell, he said. As a result, less than 15% of the material VAR handles is ultimately end-of-life, Schuler estimates. VAR sends those units to R2-certified processors.