How COVID-19 is reshaping the ITAD business 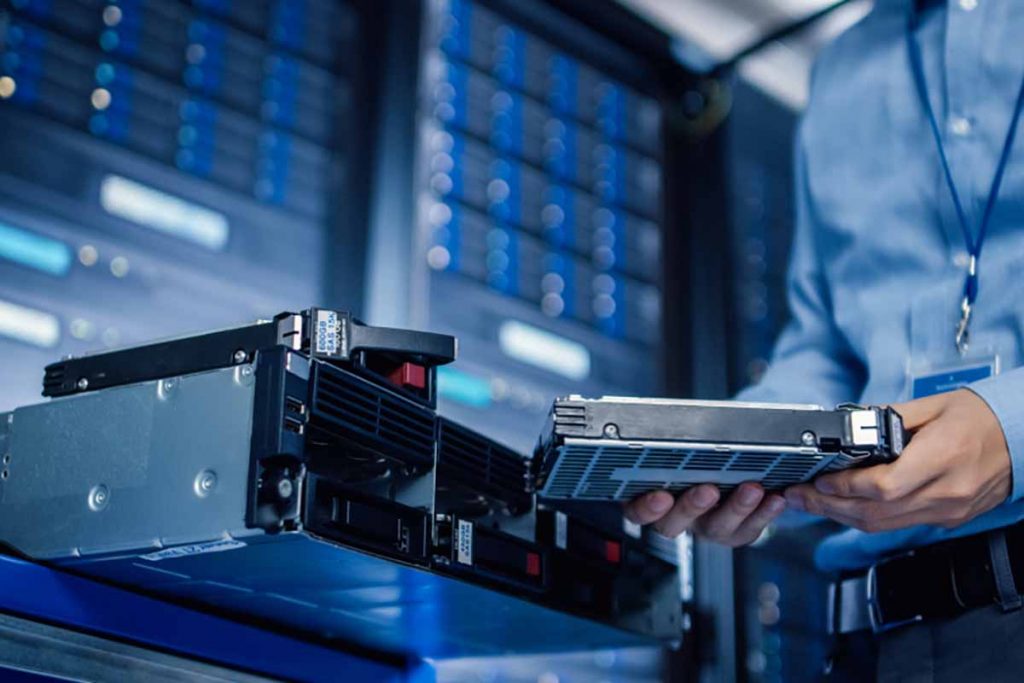 The coronavirus pandemic has reduced the volume of incoming assets for some ITAD companies, but it has also opened new opportunities for fee-based services. | Gorodenkoff/Shutterstock

It wasn’t a service clients had sought before, but it’s popular now, prompting Avail to create a software portal for customers needing shipping services.  “I talk about it with clients almost every day now,” Silbergleith said.

That’s just one example of an ITAD change driven by the coronavirus pandemic. In interviews, executives at service providers of varying sizes said they are seeing altered market dynamics in many ways, including shifts in asset supply and ongoing demand spikes for second-hand electronics.

Bouncing back after temporary slowdown

Avail, a 5-year-old company based in Chandler, Ariz., enjoyed several months of strong business late last year and throughout the first quarter of this year. In fact, March was the best month the company had ever had, Silbergleith noted. Feeling confident, the company signed a lease to expand into a suite next door to its existing space, starting April 1.

Then, the full force of the pandemic hit the economy, reducing volumes of incoming assets across wide swaths of the ITAD industry. Silbergleith noted that asset refresh projects, particularly at data centers, were put on hold.

The slowdown in business meant Avail had to lay off a number of employees and leave its newly leased space inactive all summer. During that time, the company was largely left providing quotes for disposal of low-value e-scrap. Internally, staff were shifted from device testing to scrap processing.

“I think that all the trends are going in the right direction, so I’m going to stay hopeful.” – Diana Silbergleith, director of ITAD, Avail Recovery Solutions

Since then, business has begun to recover, and data center clients are sending Avail higher-value electronics, she said. “The size of our pickups is increasing, and the value of the gear that we’re picking up lately is increasing too,” she said.

Avail’s 23,000 square feet is beginning to fill up, and the company has been able to re-hire some of the employees that had been laid off, she said. And although business isn’t back to pre-COVID-19 levels, it’s moving the right direction, Silbergleith said.

“I think that all the trends are going in the right direction, so I’m going to stay hopeful,” she said.

The first category, cloud service providers such as Google, Microsoft and Amazon, have been the subject of Re-Teck’s focus of late, Li noted. Re-Teck has signed on some of the biggest names in the sector of the past nine months, she said.

With demand for cloud-based services “skyrocketing” amid the pandemic, those companies are spending even more to replace assets, she said.

On the other hand, many enterprise customers have suspended their equipment-replacement cycles and are asking employees working from home to continue using their older equipment for the time being.

The effect has been a change in the composition of Re-Teck’s incoming assets, with fewer laptops and tablets and more servers and data center equipment, she said.

The coronavirus pandemic has also opened up opportunities for businesses, if they’re flexible enough to take advantage of them.

“We’ve had to do a lot of out-of-the-box thinking over the last six months,” said Phil Biundo, chief operating officer of Filmar Technologies, an ITAD company in Shelby Charter Township, Mich.

One example: A school district client was desperate to acquire computers for students and the company found a way to help.

The district had ordered 15,000 new Chromebooks in March, with delivery originally anticipated in June. But the district got a call from the U.S. State Department, which said 10,000 of the computers were blocked from import because the U.S. government believed they were made in Uighur forced-labor camps, Biundo said. The schools superintendent contacted Filmar, desperate for computers. Unable to supply that many computers, Filmar reached an agreement to lease the district computers until the new Chromebooks arrive, he said.

Before coronavirus, his company was already leasing equipment to some clients, but the rental option has become more popular since, he said. Filmar’s flexibility has allowed it to meet the needs of clients. For example, to help customers that prefer to buy rather than rent, his company has agreed to sell and then buy back computers a couple of months later, he said.

Sage Sustainable Electronics, a growing ITAD processor with locations in Columbus, Ohio and Reno, Nev., has also experienced decreased volumes of incoming assets. That being said, “it’s definitely not dried up,” said Jill Vaské, co-founder and president of Sage. “We still have a very strong supply.”

Vaské said demand for fee-based services such as redeployments, donations management and inventory storage has been robust amid the pandemic.

“That [fee-based service] element of our business is helping us weather a dip in refresh activity within our customer base,” she said.

Because supplies of new electronics have been constrained, Sage’s clients have been looking to outfit their employees working at home with re-deployed displays and laptops, presenting a “key growth area” for Sage, Vaské said.

“We’ve had to do a lot of out-of-the-box thinking over the last six months.” – Phil Biundo, chief operating officer, Filmar Technologies

For the most part, Sage’s customers serve essential functions in the banking, health care and insurance industries, allowing them to avoid layoffs. That being said, Sage has had a few customers reduce their workforces. That meant Sage was called upon to collect used devices from those employees’ homes with “grace and tact,” because they were losing their jobs, she said.

At Re-Teck, the trend among all clients has been toward logistics help, Li said.

“The demand for white glove service is very, very high right now, because our customers are so short staffed,” she said. One explanation for the staffing challenges could be that employees are required to work in shifts to maintain social distancing, she suggested.

Clients are requesting that Re-Teck technicians, who wear personal protective equipment, wipe data and count and package devices at customers’ sites, she explained.

Another ITAD business opportunity during the pandemic is helping clients’ IT staff track and deploy their electronics. “It’s very difficult to keep track of all of the company assets that have been taken home by the employees,” Li said.

Re-Teck developed a cloud-based IT asset inventory and takeback platform. If a device used by an employee breaks, they can log on and request a replacement; the software generates a shipping label so they can send their broken device back.

“That [fee-based service] element of our business is helping us weather a dip in refresh activity within our customer base.” – Jill Vaské, president, Sage Sustainable Electronics

Li suspects that service will stick around after coronavirus is in the rearview mirror. She noted that major companies, including Microsoft, have announced they’ll allow employees to work from home permanently. Now companies are keenly aware of the impacts of a pandemic, they won’t want to be caught off guard again, she said. She also suggested that every flu season some firms will opt to have some employees work from home to reduce the spread of sickness.

On the refurbished device sales side of the ITAD business, demand is still hot.

Li at Re-Teck noted a continuing shortage of second-hand IT equipment. That has driven up prices for refurbished laptops and iPads, she said.

She is also seeing more end users buying used equipment that, previously, a broker would have purchased wholesale and sold at retail.

The ability to meet the “very, very hot” demand varies by device types, Li said. Re-Teck can supply enough servers for downstream buyers, but that’s not necessarily the case for memory, displays and laptops. Additionally, higher shipping and logistics costs means Re-Teck is forced to satisfy downstream demand with local inventories. Li said she could previously transfer stock from Japan or Hong Kong to the U.S. to meet demand for used electronics, but that’s become more and more difficult.

In some cases, the items in demand are a bit surprising.

Vaské at Sage, for example, said she sees a shortage of printers. A larger national retailer told Vaské that if Sage could supply 50,000 used printers, the company would buy them all. That surprised her, because printers have been a declining product for some time.

Sage receives a healthy supply of printers, with customers performing enormous asset refreshes generating tens of thousands of the devices. Likewise, Sage is still experiencing a strong flow of phones, laptops and tablets, although Vaské said she’s aware that some companies are experiencing difficulties acquiring those types of equipment.

Biundo of Filmar said demand is particularly hot for lower-end laptops, particularly Chromebooks. His company called Dell and asked about the delivery date for a laptop under $800. They were told January 2021, after the holiday season (laptops over $800 had November 2020 delivery dates, he said).

Filmar is seeing equipment that would normally sell for $110 going for $215 or more, he said. And some developing countries are buying anything that works, including equipment that had at times been difficult to move and would have been shipped for recycling, he said.

Biundo is seeing demand track with rising coronavirus cases. For example, countries in the Caribbean were hit hard early on, and Filmar was selling a lot of used electronics there. Lately, the U.K. and Israel have been hot markets for Filmar.

He thinks consumer acceptance of buying used electronics has already been growing for years, but it has turned a corner because of tight supplies of new electronics amid the pandemic. One key will be finding enough used equipment, he said.

“It’s getting harder and harder each month to get the equipment here,” he said, “but as soon as it gets here, it’s not lasting too long.”