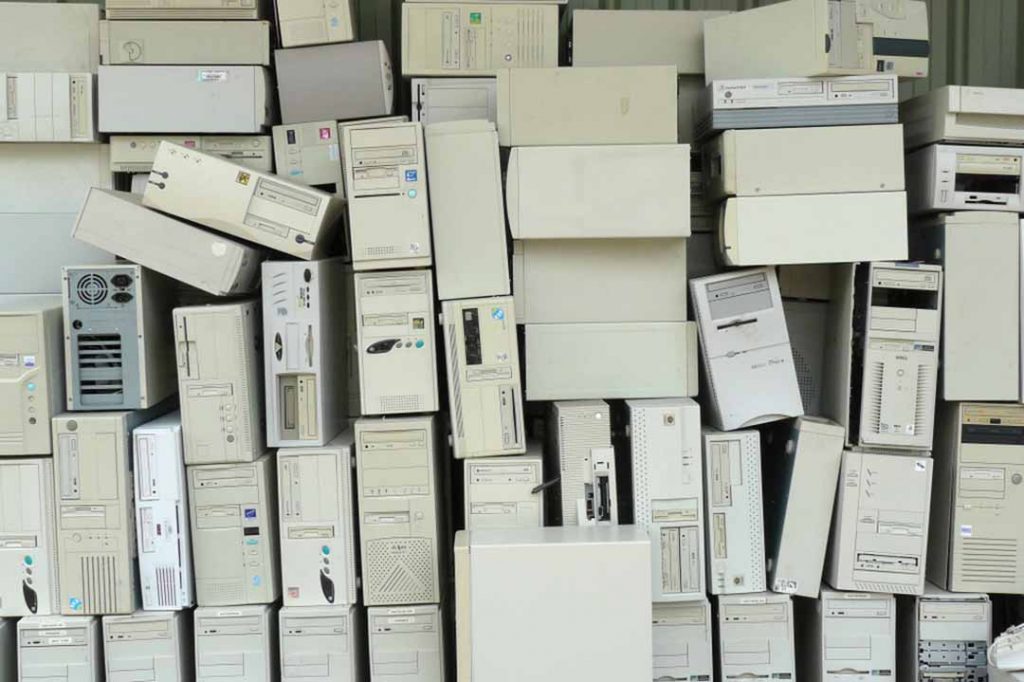 Processing companies said multiple factors led them to raise recycling prices in Connecticut this year. Some cost pressures are unique to the state but others are being felt industry wide.

On July 2, the Connecticut Department of Energy and Environmental Protection (DEEP), which administers the state e-scrap program, announced the new recycling prices charged by the four processors permitted by the state program: Ecovanta, ERI, Newtech Recycling and Take 2.

Those prices are in effect for e-scrap collected from July 2020 through June 2021.

Under the program, municipalities perform the bulk of e-scrap collections. The DEEP-approved processors then pick up, sort and recycle the material. The processors are allowed to bill OEMs mandated to fund the program for the recycling, charging them a rate approved by DEEP. Alternatively, OEMs can request that processors set aside their brands for recycling by the vendor of their choice; in that case, the processors charge a “separation fee” to cover their collection, sorting and storage costs.

Processors submit annual applications to DEEP that include their proposed prices.

Mark Latham, who manages the program at DEEP, noted the applications are a competitive process, and if a price exceeds one standard deviation from the average of all others, then that processor can be eliminated from the program.

He said this year’s rate increases are roughly in line with what the state has seen in previous years, but it’s the first time they’ve hit the 40-cent-per-pound mark.

The processor applications submitted to DEEP provide insight into some of the factors that go into their prices. Those details are not public under many other state programs.

If the prices are higher than they charge under any other contract or agreement, DEEP asks them to explain why. In this year’s explanations, ERI and Newtech cited a number of reasons, some unique to Connecticut and some not (Ecovanta wrote “n/a” and Take 2 left the space blank).

ERI representatives wrote that over the last several years, the company has received a large percentage of CRT display devices through the Connecticut program. The company noted the material it received through the program fell into the following categories and percentages of total weight processed by the firm: CRT TVs (71%), DLP TVs (7%), flat-panel TVs (7%), printers (7%), CPUs (5%), LCD monitors (1%), CRT monitors (1%), laptops (less than 1%) and plasma TVs (less than 1%).

“The heavy percentage of CRTs received from CT municipalities is reflected in our pricing proposal to ensure the [price per pound] is sufficient to cover the costs of properly handling the CRT glass, which ERI sends for glass-to-glass manufacturing,” according to ERI.

Additionally, the brand sorting and unit count requirements under the Connecticut program drive up labor costs. No other client requires ERI to sort material by brand, the application noted.

“This process is time and labor intensive and the increase in costs over standard processing is reflected in our pricing proposal,” the document states.

The company also said it experiences higher collection costs under the state program. Many municipalities don’t have space to store large volumes of e-scrap, so ERI must rent trailers or containers to store them, in addition to providing local governments the gaylords and pallets they need.

The document elaborates on the last point, noting that during the past year, a greater percentage of collection points served by Newtech were low-volume and remote sites.

“There is simply a higher cost of business to service these towns,” according to the application.