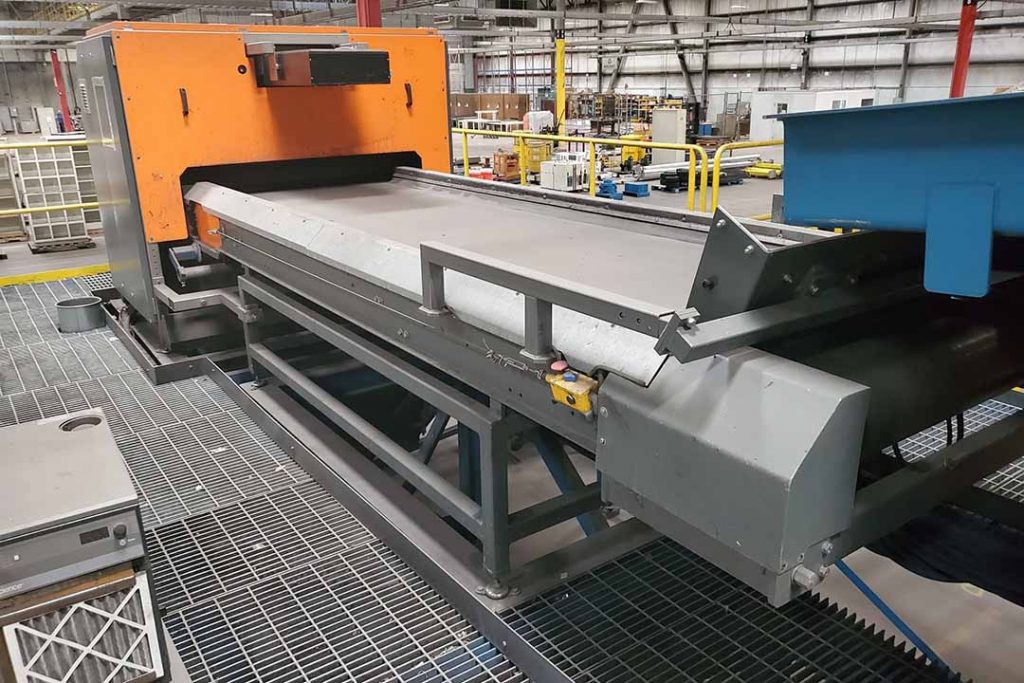 A Titech Combisense sorter is part of the system Powerhouse Recycling purchased. | Courtesy of Tiger Group

Powerhouse Recycling will spend over $4 million to expand its North Carolina campus, providing space for an advanced shredding and separation system the company bought at auction.

The Salisbury, N.C.-headquartered e-scrap recycling and ITAD services provider in June won the bidding for the shredding and separation system used by ECS Refining at its Stockton, Calif. location. ECS Refining shuttered in 2018.

Meanwhile, Powerhouse Recycling announced it will build a 150,000-square-foot expansion to its facility, providing a home for the new system. The company currently has 120,000 square feet in four buildings on its campus. The expansion will more than double Powerhouse Recycling’s indoor operations in Salisbury, which is northeast of Charlotte.

It was time to grow, said Brett Henderson, vice president of Powerhouse Recycling.

“The expansion and shredder are long overdue for our throughput we’ve been processing,” he said.

Moving equipment across the U.S. during a pandemic

On June 9, sales and auction company Tiger Group led an online auction for equipment in ECS’s former flagship facility in Stockton. At the auction, which drew 202 bidders from all over the world, over 95% of assets were sold, according to a Tiger press release. There were 67 buyers from the U.S., Canada and Mexico.

After the auction, Tiger Group told E-Scrap News that an unnamed bidder paid $354,000 for the shredding and separation system, not including tax and rigging, removal and transport.

In a separate interview, Henderson confirmed his company purchased the system and shipped it across the country. A company that Powerhouse hired to assist with rigging estimated the equipment was worth $6 million to $7 million, he noted.

“We felt it was a fantastic price,” he said.

The next big hurdle was moving the entire system 2,700 miles across the country during a pandemic. Adding to the difficulty was the requirement that all equipment be removed from the former ECS facility three weeks after the auction. By the time the payment cleared and Powerhouse secured the freight, rigging and equipment services, there were only about two weeks to physically move the equipment.

At least twice, Henderson called the move a “logistical nightmare.”

Initially planning to outsource much of the equipment rigging and shipping work, the company found that with its short window of time it was forced to mobilize a team of a dozen Powerhouse employees, including management and ownership, at the 11th hour.

Even flying staff to the West Coast proved complicated because of mass flight cancellations during the pandemic, Henderson noted. The soonest the team could get on-site and ready to work was June 22, about a week before deadline.

In the end, Powerhouse accomplished the task with the help of a North Carolina-based equipment manufacturing and servicing company, which assisted with hiring riggers and arranging transport. The equipment headed east on 17 flatbed trailers. 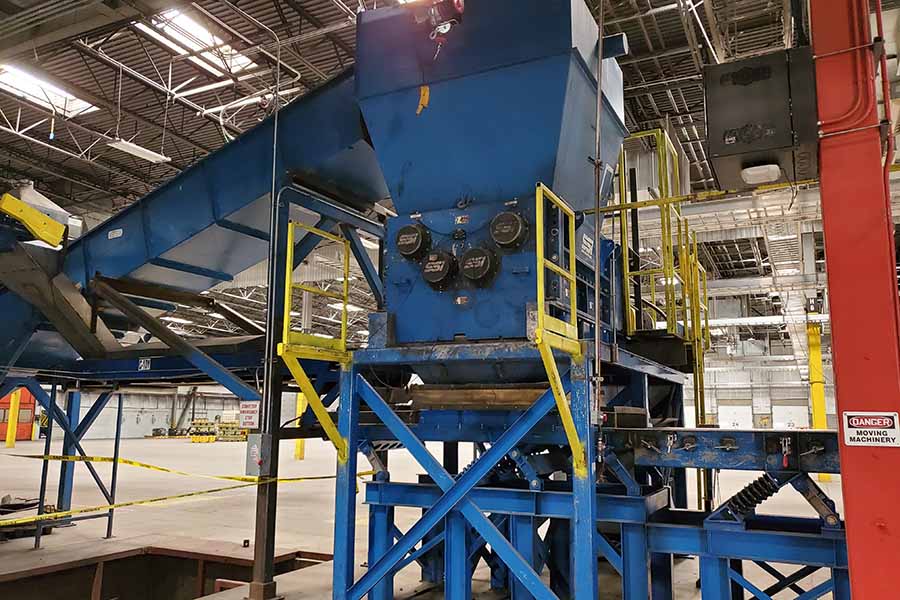 This SSI Q1 Quad Shredder is a core component of the e-scrap line Powerhouse Recycling purchased. | Courtesy of Tiger Group

More than doubling the campus

An R2- and e-Stewards-certified processor, Powerhouse already owns an automated processing line with a shredder and a magnet. But the company more or less outgrew the line, which it hasn’t used in years, Henderson said. Instead, Powerhouse has been partnering with a certified downstream to do its large-scale device shredding for the last several years (Powerhouse uses a number of other shredders for media and small electronics destruction and recycling) while the company looked for a large system that better fit its needs.

Because the auction moved so quickly, Powerhouse wasn’t certain whether its existing 13,000-square-foot shredding building was large enough for the former ECS system, Henderson said. During dismantling and rigging in Stockton, they quickly realized it wasn’t.

The former ECS system is currently being stored at the Salisbury campus while Powerhouse prepares for the expansion project. Powerhouse currently has four buildings: A 90,000-square-foot facility housing inbound and outbound products and some device dismantling, and three smaller buildings for the horizontal baler, existing shredding and separation system, and e-commerce department.

The 150,000 square feet will be added to the largest building, and it will provide space for the former ECS system. Including construction and equipment purchases, Henderson estimates the total expansion cost at around $4.3 million.

Originally slated to break ground in April, the expansion project has been delayed by the pandemic. The city of Salisbury is going out to bid for a project to move an unused sewer line that’s on Powerhouse’s property. When that work is completed, Powerhouse can break ground on its expansion, likely in the September-October timeframe.

The company’s goal is to open the new building early in 2021. Within the first 12 to 18 months, Powerhouse anticipates adding 55 new jobs, pushing the company to over 210 full-time equivalent positions, he said.